Caption Literature
A Caribbean Dominican Republic Taino Vomit Spatula made from the rib of a West Indian Manatee
Decorated with the figure of a ‘Zemi’ in the form of a skeleton
Circa 1000 – 1500 AD
Size: approx: 10cm high, 13cm wide – 4 ins high, 5 ins wide
‘Zemis’ were deities and the spirits of ancestors from whom the Taino sought assistance in their everyday life, and whom they worshipped through the carvings that were made to represent them. Before communing with their Zemis, the Taino would purify themselves either by fasting or by inserting a stick into their throat to cause vomiting. These spatulas were made of wood, bone or shell, and were essential to the ritual of purification. Snuff, made from the crushed seeds of the piptadenia tree, would then be taken in front of the Zemi through a forked tube. This caused hallucinations during which the Zemi would make known his will.
Once a year every Taino village would pay homage to the Zemis of their chief.
The ceremony began with a procession of villagers wearing their ornaments carrying baskets of cassava bread and singing songs about the Zemis. The chief sat at the entrance to the temple beating a drum while the priests entered and dressed the Zemis. The villagers presented themselves before the temple and purified themselves by pressing a vomit spatula down their throat to induce vomiting. The women then brought cassava bread to the priests who offered it to the Zemis. Dancing and singing followed praising the chief, the ancestors and the Zemis. Prayers were then offered for the prosperity of the village. Finally, the priests broke up the cassava bread and distributed pieces to the heads of families and these fragments would be preserved throughout the year as protection against accidents and illness. 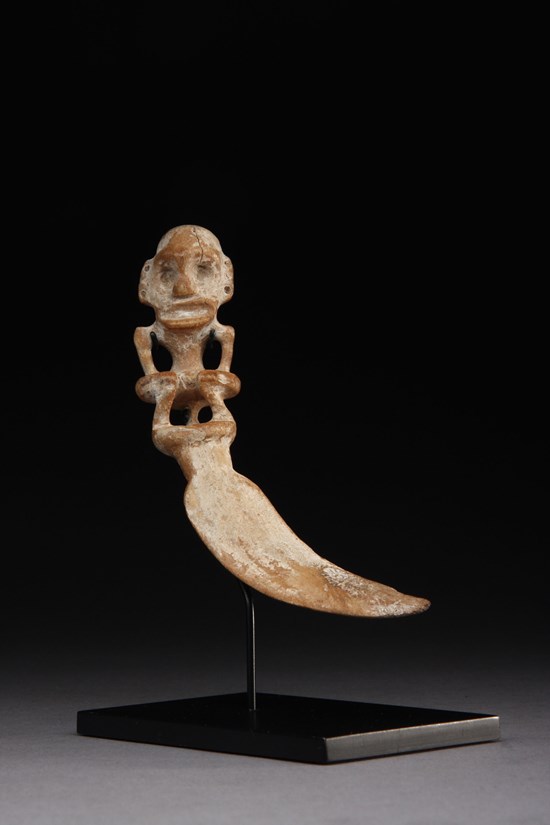 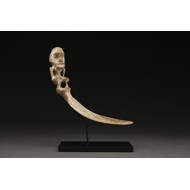 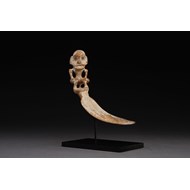