Caption Literature
An Unusual Japanese Carved Sperm Whale Tooth Ivory Netsuke of a Mushroom of phallic form
Unsigned, the tip of the tooth carved as a mushroom leaving a hollow space underneath for it to fit onto a fingertip reputedly for use as an erotic toy
Old silky patina
Early 19th Century
Size: 4cm high – 1½ ins high
Netsuke were often made in Japan in the 18th and 19th centuries as a side industry to the old established crafts of wood carving, lacquer, metalwork, and porcelain and pottery. Craftsmen who made seals and ivory plectrums for Samsien were acquainted with the use of ivory, which was not used in Buddhist works of art, and so would produce ivory netsuke as a lucrative side line. In the period 1700 to 1850 Netsuke, despite their smallness of scale, were the main vehicles of Japanese sculptural genius. 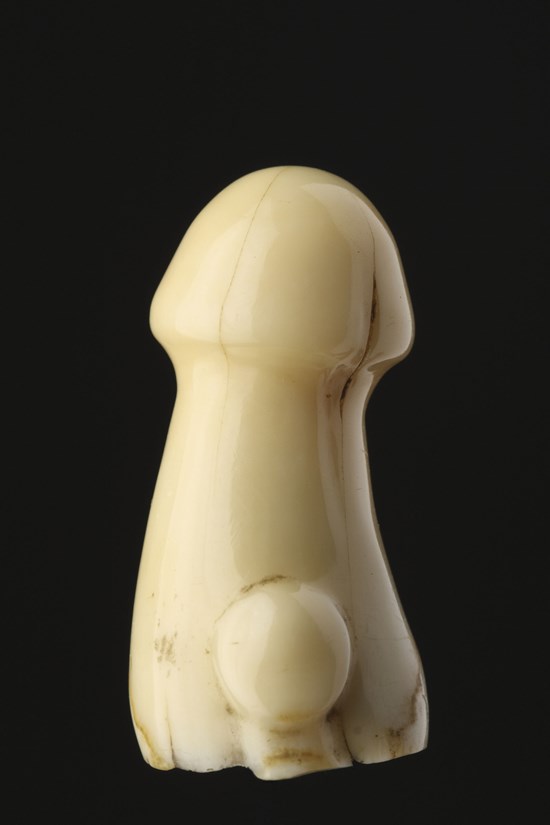 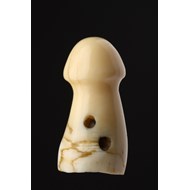