Italian Gilt Bronze of Christ Dying on the Cross

Caption Literature
An Italian Gilt Bronze of Christ Dying on the Cross
His head turned up to heaven, his arms up stretched, in the manner of Alessandro Algardi
Heavy partially hollow cast
17th Century
Size: 26cm high, 19cm wide – 10¼ ins high, 7½ ins wide
This bronze shows Christ still alive on the cross ‘Christo Vivo’, his eyes open expressing his triumph over death and sin. From the 14th century an emphasis on Christ’s suffering calling the believers attention to the wounds of his torture, to his humanity and the frailty of his human flesh became more prevalent.
The question of whether Christ’s feet were fixed to the cross separately with two nails as here, or together with one nail was much discussed in the 17th century. The two nail solution was more popular with artists in France and Spain than in Italy although the Italian sculptor Algardi preferred to represent the feet in this way.

Italian Gilt Bronze of Christ Dying on the Cross 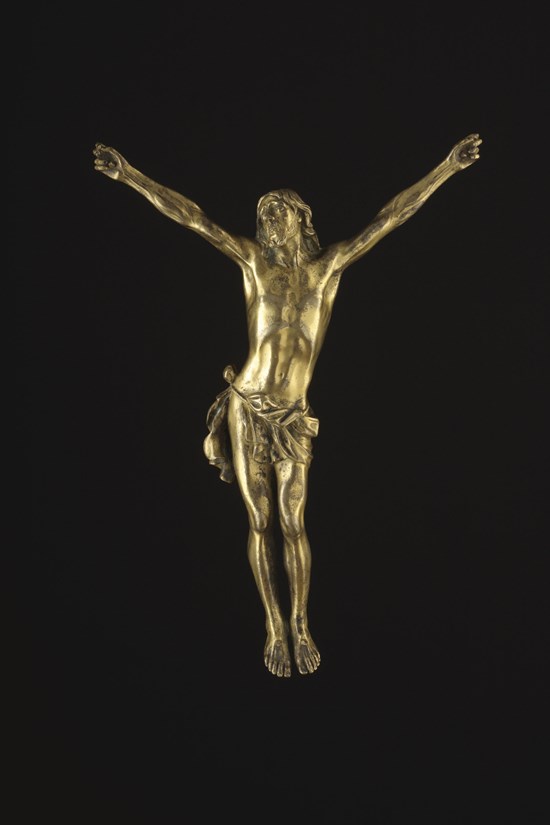