Caption Literature
A Georgian Carved Ivory and Gilt Metal Snuff Box
The lid finely carved with the head of Medusa her hair entwined with snakes
Circa 1780 – 1800
Size: 8.5cm long, 6.5cm wide, 3cm deep – 3¼ ins long, 2½ ins wide, 1¼ ins deep
In Greek Myth Medusa was one of the three Gorgons and the only one of them who was mortal. Anyone who looked at her head, even after her death, was turned to stone.
Loved by Poseidon the Greek God of the sea, she was pregnant by him when Perseus killed her. Her head was said to be buried under a mound in the agora of Argos where it was thought to have magical apotropaic power. The representation of the head was often carved as a protective device, especially on armour. Over time the head became humanised and was often depicted as beautiful in death. 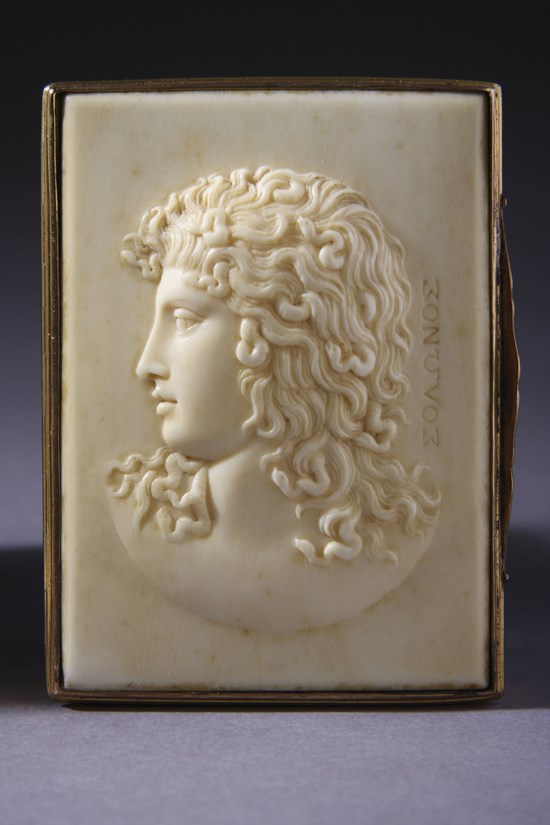 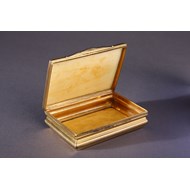 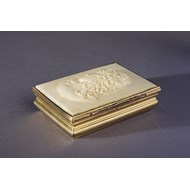