Caption Literature
A French Finely Carved Coquilla Nut Snuff Flask
Decorated at one end with the face of a lion, the other with a bug bear face with silver eyes and an ivory stopper, one side carved with hunting trophies, the other with two hearts and a dog surrounded by vines and flowers
Late 18th – early 19th Century
Size: 10cm long, 4.5cm dia. – 4 ins long, 1¾ ins dia.
In the days when snuff taking was fashionable there were teachers of etiquette of correctly handling a snuffbox just as there were of wielding a fan, or dancing or fencing. There were 18th century books explaining the rules of offering snuff to a stranger, a friend or mistress, according to the degrees of familiarity or distance. Some users grated snuff from a rasp onto the back of the hand and sniffed and some took a pinch from a snuffbox. Others used a snuff spoon. According to one 18th century commentator: ‘To such a height with some fashion grown. They feed their very nostrils with a spoon’. 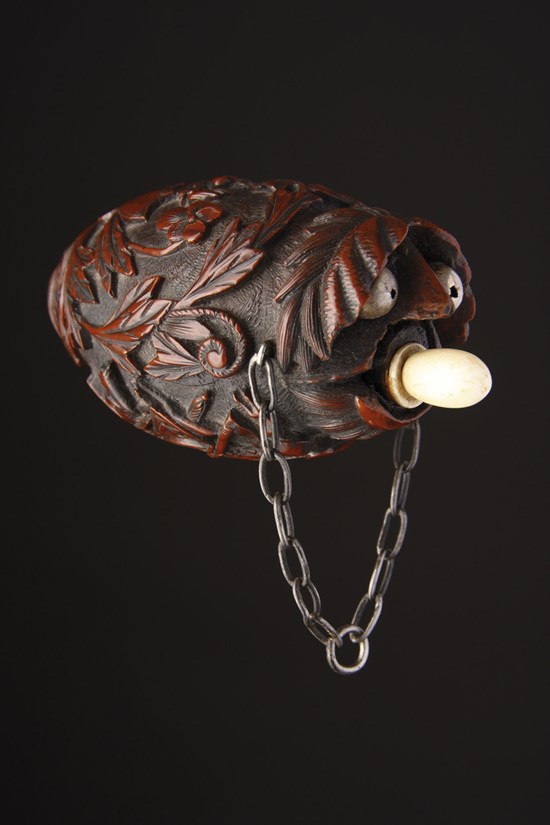 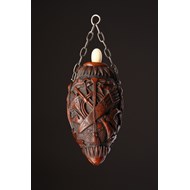 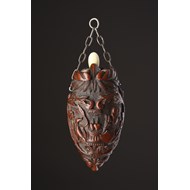 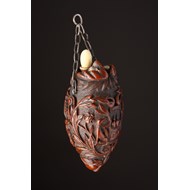