Caption Literature
An Indian Sandalwood Casket Finely Carved with Hindu Deities, Elephants and Armourials
The panels on the top decorated on the right with the arms of the Prince of Wales and on the left with the arms of the City of Benares. The centre with a carved three-dimensional figure of Shiva. The border with a continuous frieze of winged deities, the central front panels depicting the God Shiva with his bow and arrows, an armourial and the rear panels with Vishnu in his chariot. The base carved with a continuous frieze of elephants and dancing devotees. The box resting on four lions paw feet foliate scrolls and mask heads between
Late 19th – early 20th Century
Size: 35cm high, 50cm wide, 22.5cm deep – 13¾ ins high, 19¾ ins wide, 9 ins deep
The density of sandalwood permits fine carving and it gives off an attractive perfume. Fine sandalwood carving in South India was carried out by members of the Gudigar craft community who were originally from the Konkan who moved into Mysore and South Canara in the 16th century to avoid conversion by the Portuguese Jesuits to Catholicism. The origin of the word Gudigar comes from the sanskrit for carver ‘Kuttaka’ and temple ‘Gudi’ and probably related to their Hindu castes’ hereditary role as temple painters and image makers working in wood, ivory and stone. 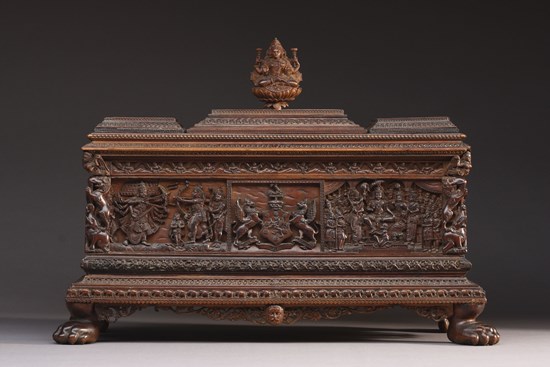 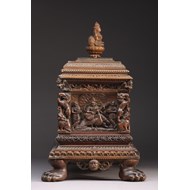 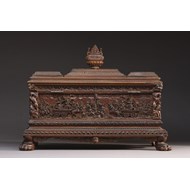 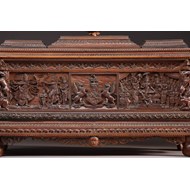 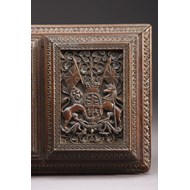 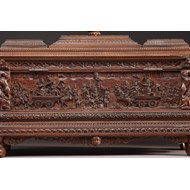 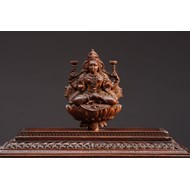 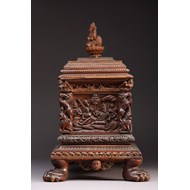 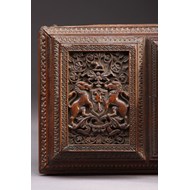 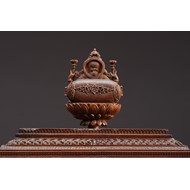 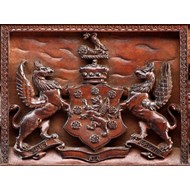