Caption Literature
An Indian Carved Alabaster Model of an Elephant with his Mahout
Traces of original polychrome and gilding
Early 19th Century
Size: 27cm high, 19cm wide, 11cm deep – 10¾ ins high, 7½ ins wide, 4¼ ins deep
Elephants were actually used as shock troops in India from early historic times and featured largely in the Mughal armies of the 16th and early 17th centuries. Sometimes they were even provided with armour and swords of iron which were attached to their sawn off tusks.
Hunting and hawking were favourite pastimes in pre-colonial India. The Moghul method of driving game into a circular coral, either a stockade or a circle of people, was adopted enthusiastically by the British who came to see the tiger as the most prestigious prey. Tiger hunting was nearly always conducted from the back of an elephant, which afforded some protection. 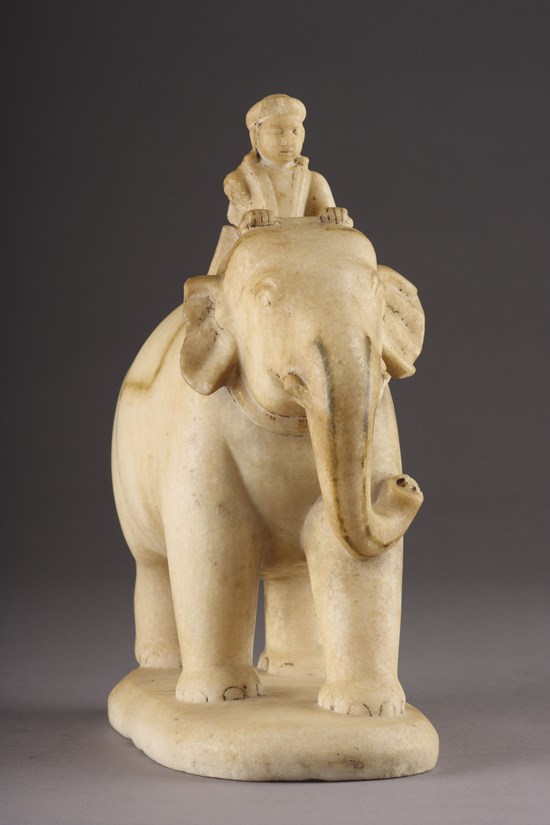 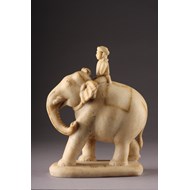