Caption Literature
A Rare and Very Long Pacific Solomon Islands Elaborately Decorated Barbed Spear
The whole of the long shaft wrapped with woven red, yellow and black fibre with a carved pigmented design above a knop of pressed leaf fibres the head lashed with barbed bone points, old collection number: 1016
Probably Bouganville Island
19th Century
Size: 287cm long – 213 ins long
Spears were the main fighting weapon on the Solomon Islands used both for thrusting and throwing. They were usually made of palm wood with multiple barbs carved from bone or wood fixed to the head.
It is said that these exceptionally long spears with their shafts wrapped entirely in red, yellow and black orchid stem fibres in abstract designs were used on special occasions. The carving on the shaft is known as ‘Kagoi’ and symbolises the spirit that gives the spear its deadly power, with the knop of pressed leaf fibres representing the spirits house. Blackwood, writing in 1935 noted that in a village in North Bouganville spears and other artifacts were put in the graves of the high ranking dead (Blackwood, B; ‘Both sides of Buka passage....’ 1935). 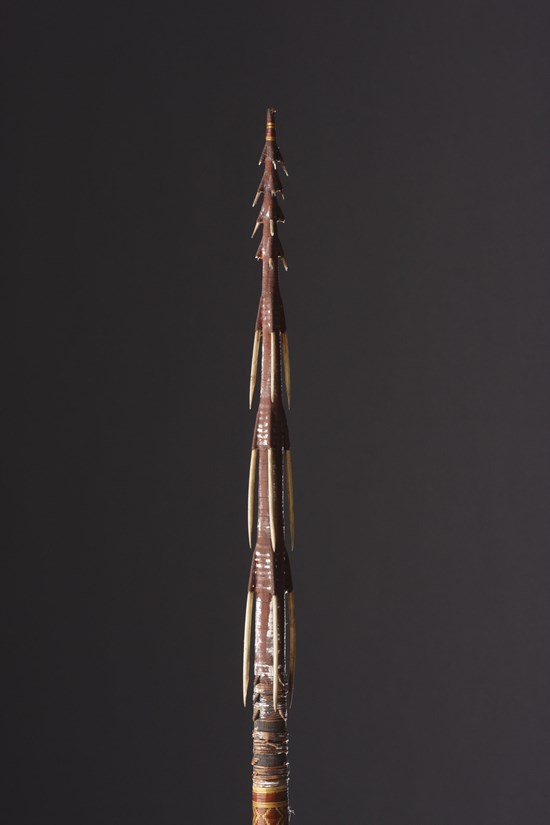 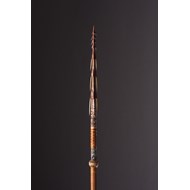 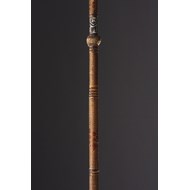