Caption Exhibition
With a typical down-curved moustache and spectacled eyes.
Probably Northern British, 1stâˆ’2nd century AD
The symbol of the severed human head is as representative of the Celtic religion as is the cross in Christian contexts. From the human skulls found in Celtic hill forts it is known that the head served as a military trophy testifying to the prowess of the Celtic warrior. The powers believed to be inherent in the head were thought to act protectively and keep evil from the fortress and community whilst ensuring continuing positive luck and success.
Sold - similar Celtic heads required - please contact with details 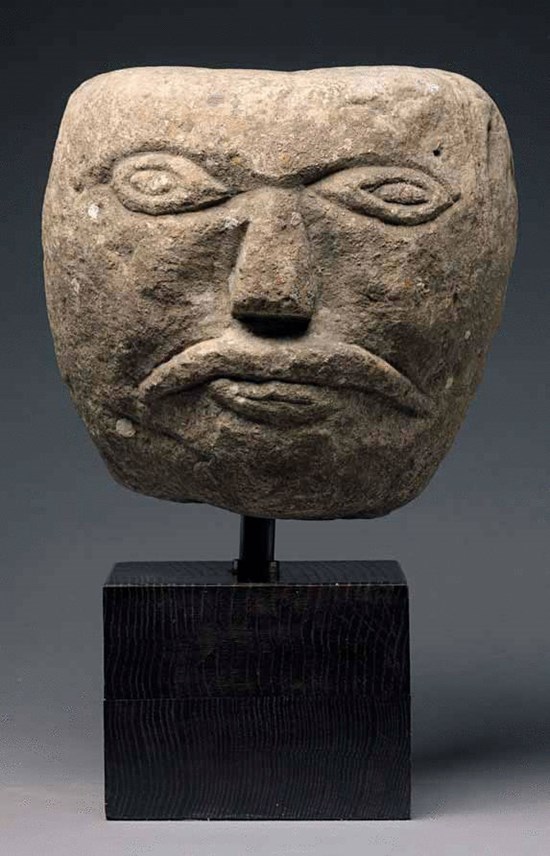