Caption Literature
A Life Size Ancient Egyptian Carved Wooden Foot from a Tomb Figure or Funerary Statue
Traces of red polychrome to the side
19th Dynasty – circa 1250BC
Size: 16.5cm high, 23cm long, 8.5cm wide – 6½ ins high, 9 ins long, 3¼ ins wide
Despite the fertility of the Nile valley timber was always a precious commodity in ancient Egypt. The tamarisk and sycamore fig were both used for carving into statuary as well as for making coffins, although the best coffins were made from imported cedar wood from the Lebanon.
Understandably, comparatively little wood sculpture remains from ancient Egypt. Mostly ignored by tomb robbers, the location sometimes sheltered the wood sculptures from the ravages of fungus, insects and the elements, until their discovery by archaeologists.
Figure sculptures made as funerary statues or guardian figures for tombs were once plastered and painted and sometimes gilded and inlaid with glass, ivory and gem stones. The carefully made wood joins would be hidden by the decoration and occasionally they were clothed. 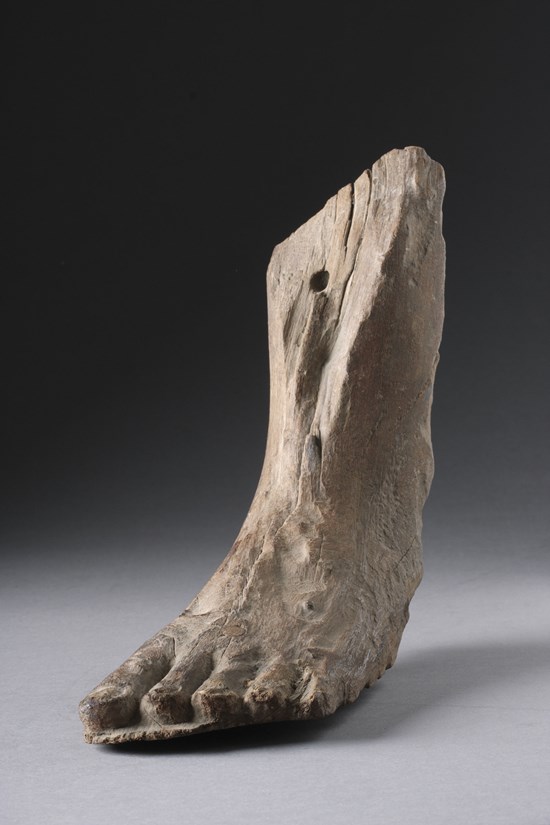 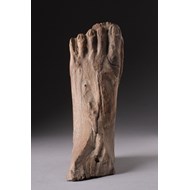