Caption Literature
An Ancient Egyptian Bronze Head of a Cat
Detached at the neck, fine smooth black patina
Late Dynastic period (664-332 BC)
Size: 3.5cm high, 4cm wide, 4cm deep – 1¼ high, 1½ ins wide, 1½ ins deep
The Egyptian word for cat was the onomatopoeic term 'miw' which found its way into various personal names from the Old Kingdom onwards including the 22nd Dynasty Pharaoh known as Pamiu or Pimay (773-767 BC) which literally meant 'the tomcat'.
The earliest Egyptian depiction of the cat took the form of three hieroglyphic symbols, each representing seated cats. These formed part of the phrase 'Lord of the City of Cats' inscribed on a stone block from El-Lisht, which is believed to date from as early as the reign of Pepy II (2278-2184 BC). From the 12th Dynasty onwards cats were increasingly depicted in the painted decoration of private tombs either participating in the scenes of hunting and fowling in the Nile marshes or seated beneath the chair of the owner. 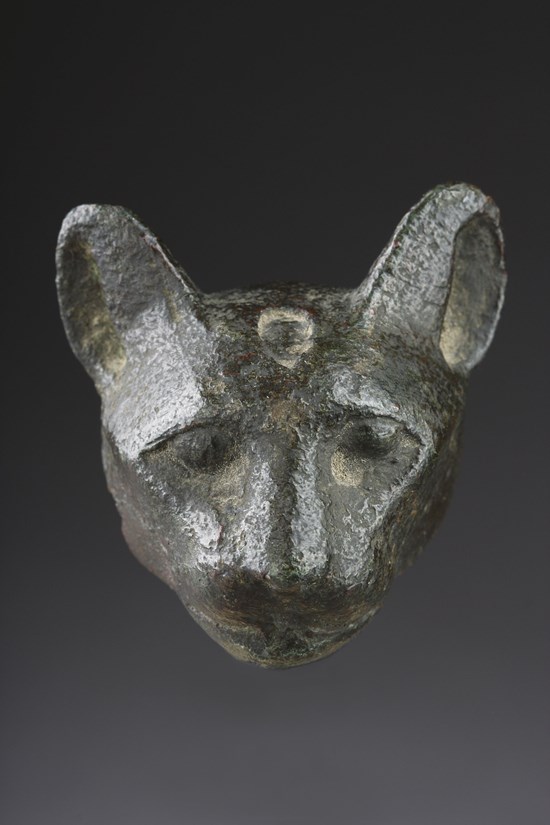 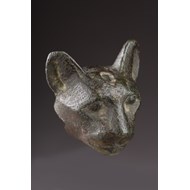