Caption Literature
A Finely Carved Coconut Cup Depicting Bacchus in his Chariot
The chariot drawn along by gambolling, dancing and drinking cherubs, a satyr in attendance
The carved coconut 18th Century
Mounted on a later silver base, the silver hallmarked for London 1859
Size: 12.5cm high, 9cm dia. – 5 ins high, 3½ ins dia.
In the mid 16th century there developed a new type of courtly collection, a forerunner of the modern museum, the 'Wunderkammer', a chamber of art and wonders formed from the artifacts acquired from newly encountered lands and civilisations. Natural and man-made products from far off places were especially prized and many of these pieces reached Europe on board merchant's ships. Collected in exotic lands sailors carved the coconuts with varying degrees of skill on the long voyage home. 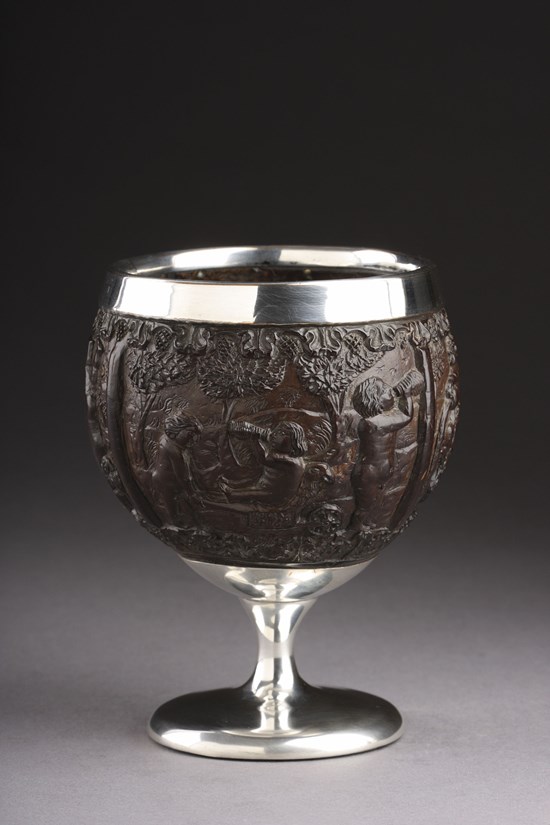 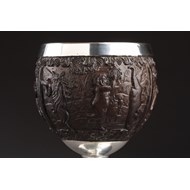 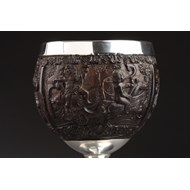 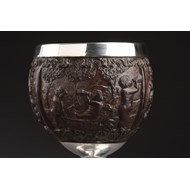