Caption Literature
A Fine Flemish Carved Boxwood Pocket Case for a Clay Pipe in the Form of a Turk's Head
The eyes inlaid with glass. A small 19th century wood repair to the side of the head
Early 18th Century
Size: 27.5cm long – 10¾ ins long
For most of the 17th and 18th centuries the use of clay pipes for smoking tobacco predominated for both men and women of all strata’s of society. Elizabethan and James I clay pipes had minute bowls due to the costliness of tobacco which was then imported from the Spanish colonies, via Spain at the high price of three shillings per ounce. By the 1620's Virginia was producing half a million pounds of tobacco a year with a consequent dramatic drop in the price enabling the then Duke of Bedford, a heavy smoker, to consume between a half and one ounce a day of both Virginian and Spanish tobacco. The bowls of the clay pipes then became larger as tobacco cheapened.
At inns and coffee houses it was customary to present free clean clay pipes for smoking on the premises, and these would then be roasted clean in a pipe kiln or roaster suspended from a ring over a charcoal fire, and given to the next customer.
Clay pipes were produced in a variety of lengths; short for the pocket and very long for leisurely use in the inn or at home. Because of their fragility cases were essential for those who carried their clay pipes in their pockets and the majority of these treen cases seem to have been plain, hollowed out of sycamore or birch and when old and worn were thrown away or burnt on the fire. Perhaps this rare and elaborate example survived because of its ornamental quality and beauty. 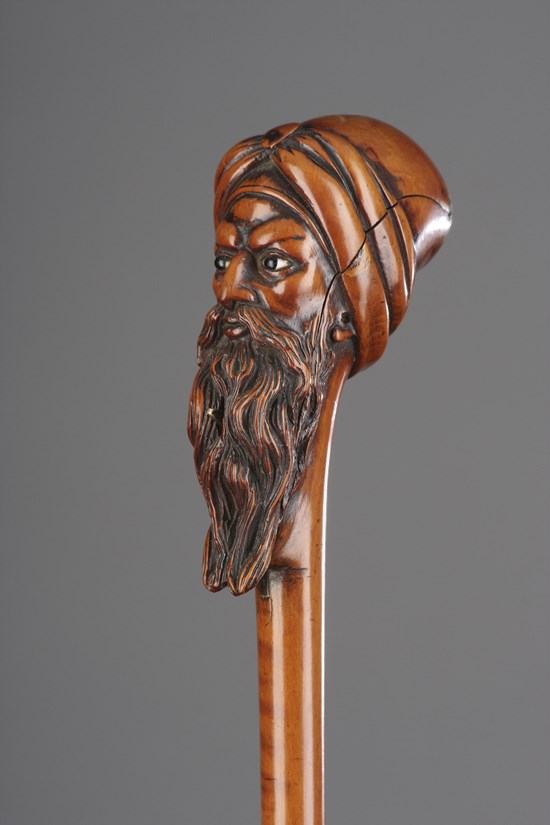 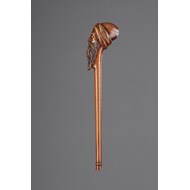 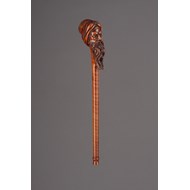 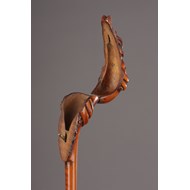