Caption Literature
A Flemish School White Marble Bust of a Crying Boy
Attributed to Jan Pieter Van Baurscheit the elder (1669 – 1728)
Early 18th century
Size: 43cm high – 17 ins high
Jan Pieter Van Baurscheit the elder was born near Bonn in 1669 and as a young man was apprenticed to Pieter Scheemakers in Antwerp. He was enrolled as a master in the Guild of St Luke in 1694/5 and specialised in grand tomb sculpture. He executed a number of sculptures for churches in Antwerp and is known for the tomb of P.F Roose, Baron de Bouchout in the church of St Pierre and St Guidon in Brussels. He was appointed sculptor and architect to the Emperor Charles VI of Austria, ruler of the Austrian Netherlands in 1723.
This bust may have once been paired with a bust of a laughing boy which would make a humerous reference to the ancient Greek philosophers Heracltus and Democritus, known as the laughing philosopher. 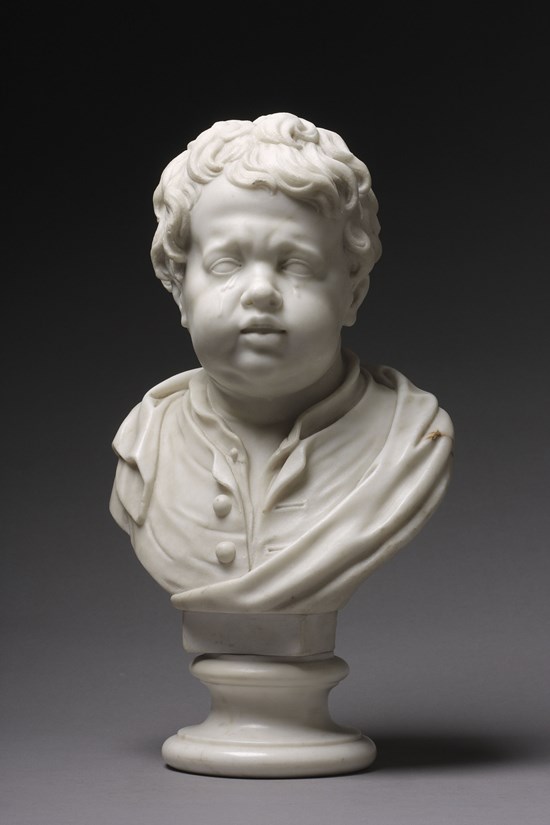 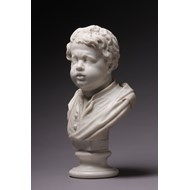