Caption Literature
A Fine Bronze Portrait Bust of the French Philosopher Voltaire
Signed 'Rosset Scvlpsit A St Clavde 1768' on a variegated marble base
Circa 1768
Size: 26cm high – 10¼ ins high
Voltaire (1694-1778) was a French philosopher of the 'enlightenment' who believed in the supremacy of reason; a universe based on reason combined with a respect for nature. A liberal humanist he desired to see practical change to combat inequality and injustice and to this end he fought tirelessly for the right to a fair trial and for the freedom of religion. Together with Rousseau he published the Encylopedie (1731-76) and their attacks on the government, the church, and the judiciary provided the intellectual basis for the French revolution.
Joseph Rosset (1703-1786) was born in St Claude and maintained a studio there. Voltaire lived nearby in a chateau at Ferney close to the Swiss border from 1758-78, where he enjoyed the social liberty of France together with the political liberty of Geneva. Rosset became an intimate of the philosopher and worked with him at Ferney. This bronze is a finely detailed cast and Rosset was also known for his crisp ivory carvings. 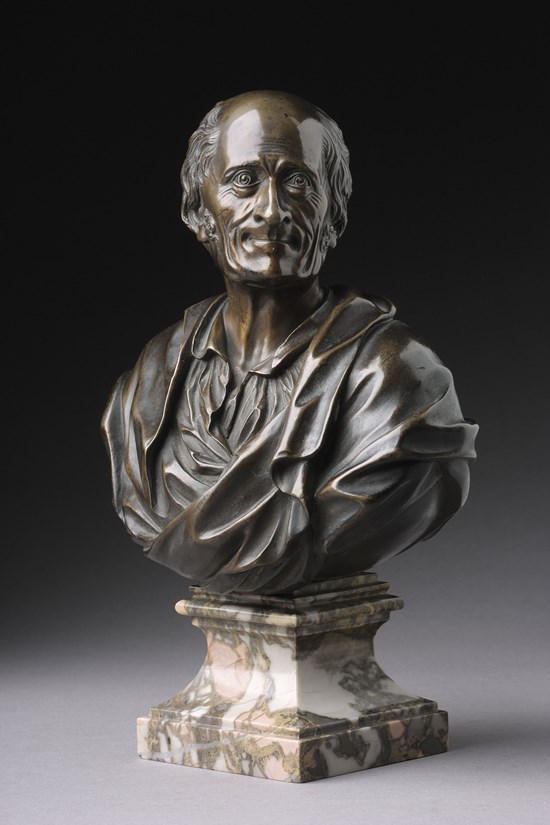 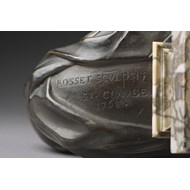 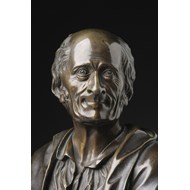 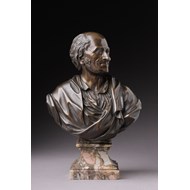