Caption Literature
A Deep Green New Zealand Maori 'Pounamu' Jade Pendant 'Hei-tiki'
The surface details still unfinished, carved from a disused ceremonial adze blade
Second quarter 19th Century
Size: 14.5cm high, 8.5cm wide – 5¾ ins high, 3¼ ins wide
The New Zealand Maori jade breast ornament called 'hei-tiki' is the most characteristic and most highly valued of all Maori personal ornaments. In some Maori origin beliefs Tiki was the first man having been created by the God Tane, and carvings of human figures in any material whether whalebone, stone, wood or nephrite may be called a Tiki.
The prefix 'hei' indicates something suspended from the neck. Hei-tiki were worn by both men and women usually hanging vertically, but sometimes horizontally from a suspension point on the side especially by women. They are passed down through the generations as family heirlooms and have their own personal names. Many hei-tiki are remembered in tribal songs and oral histories, their mana or prestige deriving from close contact with those great ancestors who have worn it in the past.
With the introduction of metal tools during the 19th century nephrite adzes soon became obsolete, but jade retained a value among both the Maori and Europeans who were eager to obtain hei-tiki as beautiful curiosities. To meet this continuing demand many old disused nephrite adzes were converted to hei-tiki for both Maori and European customers. Many of these converted hei-tiki, such as this example, betray their origin as adzes by the remains of a bevelled cutting edge across the bottom and the persistence of an overall adze shaped outline. 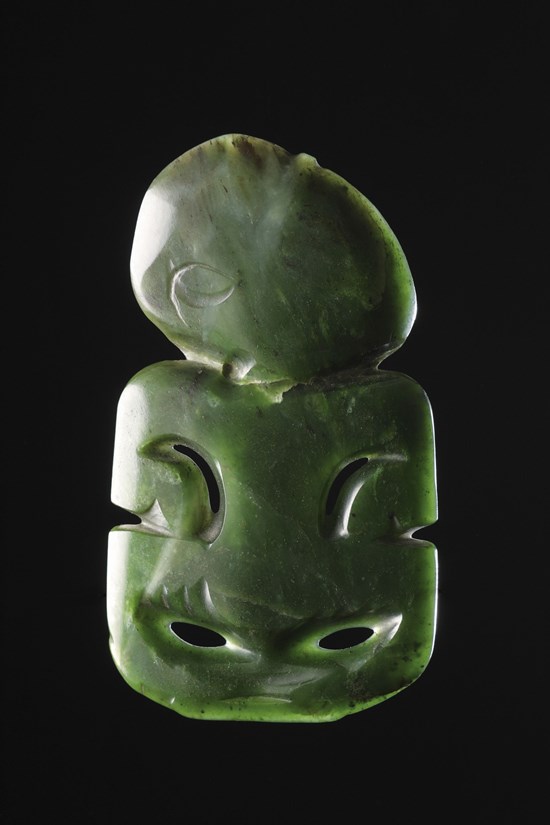 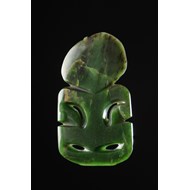