Caption Literature
A Late Medieval German Carved Limestone Head of Christ from a Pietá Group
The hand of the Virgin Mary to the back of the head. The nose chipped, broken at the neck
Traces of original polychrome
Circa 1400
Size: 19.5cm high, 12 cm wide, 15cm deep – 7¾ ins high, 4¾ ins wide, 6cm deep
This sculpture is an example of the 'Schí¶ne Stil' or 'Beautiful Style' popular in Central Europe at the end of the 14th century. Although the Italian word for pity, 'Pietá' is usually used to refer to the image of Christ being held by the Virgin on her lap, the German word used since the Middle Ages is 'Vesperbild' meaning 'evening image' referring to the moment in the Passion narrative when Christ's body was removed from the cross in the late afternoon. Vesperbild is also a reference to the office of Vespers on Good Friday. This image became increasingly popular in private devotional practice during the late Middle Ages and was intended to evoke sympathy in the viewer as it confronted him with the intense suffering of the now dead Christ and his grieving mother. 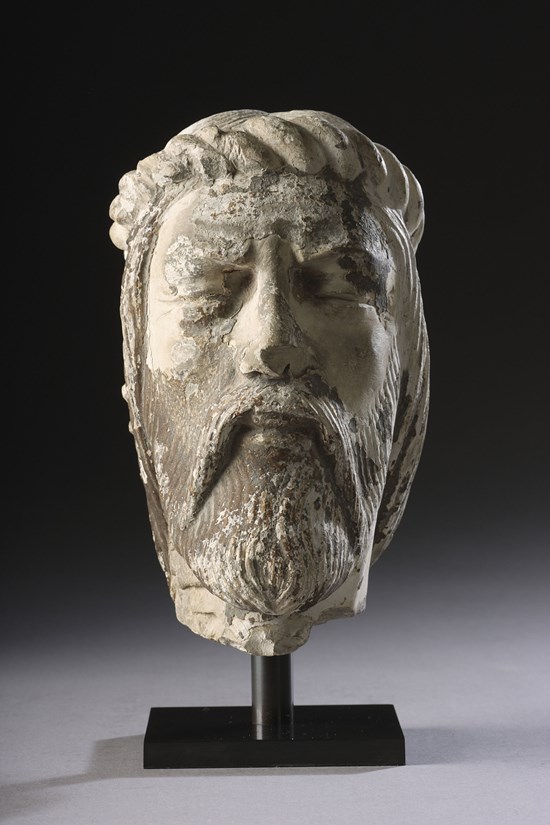 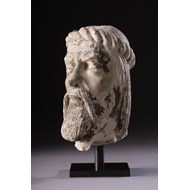 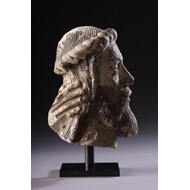