Caption Literature
An Ancient Egyptian Finely Carved Black Basalt Portrait Head of a Man
Possibly a priest, with a shaven cranium. Old damage to the nose and ears and broken at the neck
Late Middle Kingdom ( 1991-1640 BC)
Size: 4.5cm high, 3.5cm wide, 5cm deep – 1¾ ins high, 1½ ins wide, 2 ins deep
Classically orientated collectors of the 19th and early 20th centuries prized Egyptian portrait heads such as this because they looked so 'Roman'. However, the ancient Egyptians and their artistic traditions long preceded the origins of Roman republican portraiture so any influence can be assumed to have passed from Egypt to Rome. Nevertheless these Eurocentric collectors considered the bodies of the Egyptian statues to detract from the classical quality of their heads, with the consequence that today the majority of portrait heads lack their bodies. Having had their heads broken off to make them more marketable has made the dating of ancient Egyptian statues extremely difficult. 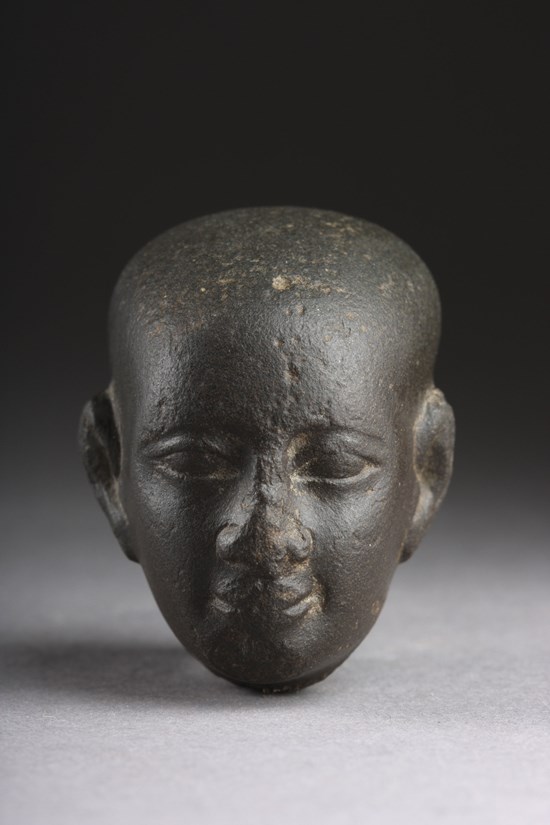 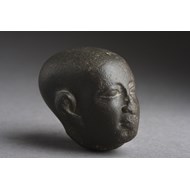 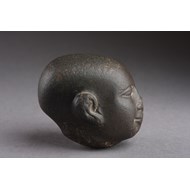