Caption Literature
A French Carved Wooden Architectural Model of a Church Steeple
2nd half of the 19th Century
Size: 84cm high, 45cm x 35cm (base) – 33ins high, 17¾ ins x 13¾ ins (base)
These 19th century scale models were built often by professional model makers, to communicate structural and design ideas in a three-dimensional visual form. A tangible representation of a structure they helped to explain to clients and committees the essentials of an architectural project.
Architectural models have served a variety of functions over the centuries. In the Chinese Han dynasty of the 2nd Century BC the terracotta models of two large residential towers were made for a tomb as funerary goods. During the 18th and 19th centuries models of ancient buildings were produced in large numbers, with perhaps the most famous model makers being the Parisians Jean-Pierre Fouquet and his son Franí§ois. In Britain their plaster models were bought by architects such as John Nash whose collection of models was given to the V&A Museum in the 1850's. 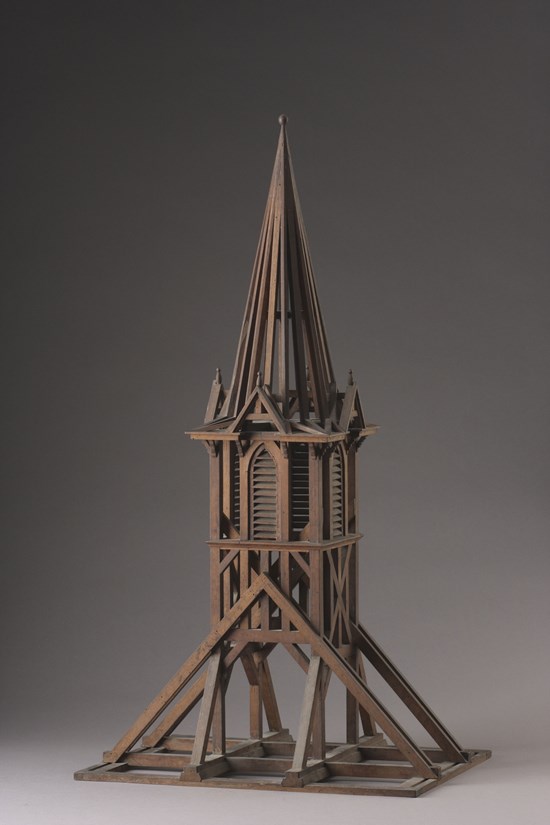