Caption Literature
An Ancient Roman Green Basalt Handle
Carved with the head and shoulders of the God Serapis, probably from a colossal basin or urn shaped vase
The hair to the top of the head damaged, the corn measure missing
2nd – 3rd Century AD
Size: 21cm high – 8¼ ins high
The worship of Serapis was first independently developed in the time of the Ptolemies in Alexandria and had evolved from the ancient Egyptian god of the lower world, Osiris. A magnificent temple was built in honour of Serapis in Alexandria and over time the concept of the god was widely extended to include not just Osiris, but Pluto and Zeus-Jupiter too. This new worship rapidly spread from Egypt over the Asiatic coast to Greece and even to Rome despite interference on the part of the state. Under the Empire, and particularly in the time of Hadrian it extended throughout the Roman world.
Serapis was especially worshipped as a god of healing. Worship of him and acts of devotion in his temples were connected to dream-oracles that were highly sought after. As Zeus-Serapis he is shown with a corn measure, the symbol of the lower world, on his head. 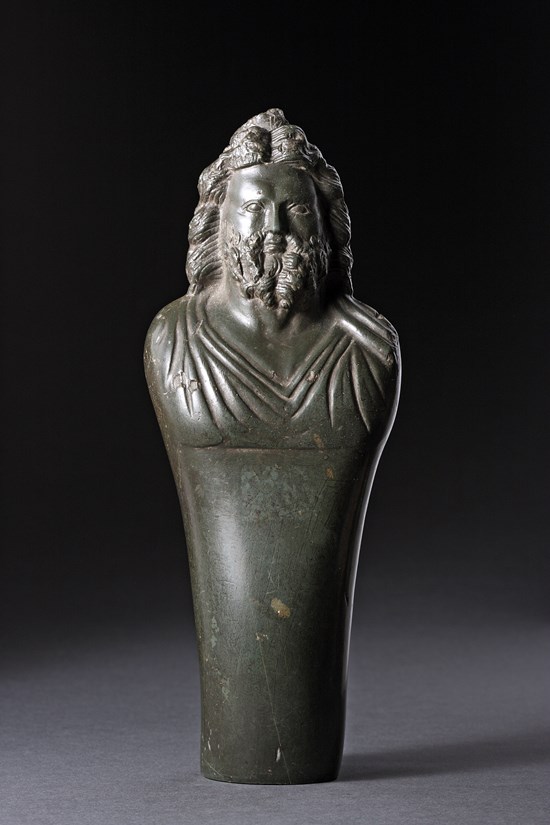