Caption Literature
A Fine Danish Neolithic Green Stone Polished Ceremonial Celt
3000 – 2500 BC
Size: 18cm long, 7.5cm wide – 7 ins long, 3 ins wide
Danish neolithic weapons are often meticulous copies in polished and ground stone of originals made out of copper. Although many varieties of stone were still traded over vast distances to make these symbolic Celts the late neolithic farmers of Northern Europe admired and envied the extremely rare and precious copper axes made in the East.
Metal is not so brittle as stone and axes and adzes of metal are more efficient for cutting wood as the blade can be made thinner and thus cuts deeper. Metal can also be melted down, reused and recast. However, in spite of the many advantages stone was only gradually replaced by metal. Indeed it was not until the last centuries before Christ when iron, a much more abundant metal than copper, was introduced, that the tradition of stone implements was largely abandoned in Europe.
This very fine Celt was probably for ceremonial use, considered of great value and kept apart for display. Celts such as this were often used as grave goods for important nobles, or given as influential gifts and may have had a role in pagan religious rites. 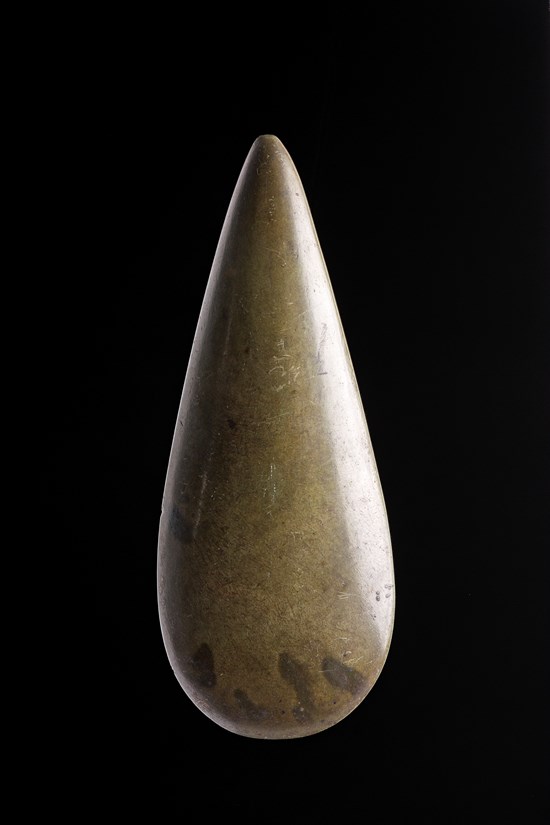