Caption Literature
An Ancient Mexican Olmec Blue Azurite Stone Pendant
Carved with a mans head in high relief
With two stone drilled holes for attachment at the sides of the shaped and flattened head
1000 – 600 BC
Size: 7.5cm high, 6cm wide – 3 ins high, 2¾ ins wide
The Olmec lapidaries were exceptionally skilled in the working of jadeite, nephrite, serpentine, azurite and other stones that were often traded over long distances. Stone masks were amongst their finest creations. Full sized heavy masks were made to be worn on the face and smaller maskettes such as this example were designed to be suspended on necklaces or sewn onto clothing.
These human masks may include a few portraits of living individuals and the more naturalistic of them project a haunting familiarity as though they reproduce the face of a long forgotten acquaintance. Sometimes discoloured owing to ritual burning prior to burial or prolonged contact with the soil it is thought that these maskettes served as funerary objects that were placed with the dead or perhaps were kept as mementos after the deceased was buried. 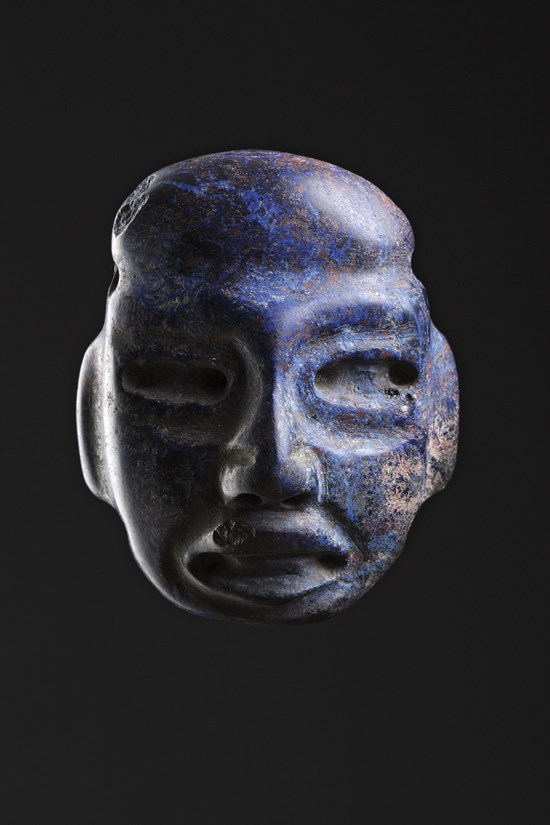