Caption Literature
An Unusual African, Kenya Wakamba Pressure Engraved Ceremonial Calabash
Late 19th Century – early 20th Century
Size: 93 cm long – 36½ ins long (circumference)
It was thought that the Portuguese who obtained the seeds in South America brought the calabash to Africa at the end of the 15th Century. However, an ancient Egyptian tomb painting dating from 1425 BC shows a servant bearing an offering of fruit displayed in a calabash bowl together with three other calabash. Moreover, in 1950 during an archaeological dig the Leakey’s uncovered a fragment of a calabash decorated with dots that was dated to 850 BC.
Although the use of other materials is increasing in Africa many remote societies still use the calabash in daily life, and in general calabashes that are used for practical purposes such as the storage of liquids or as containers when traveling through the bush are not decorated, and those with ceremonial and symbolic functions often are. 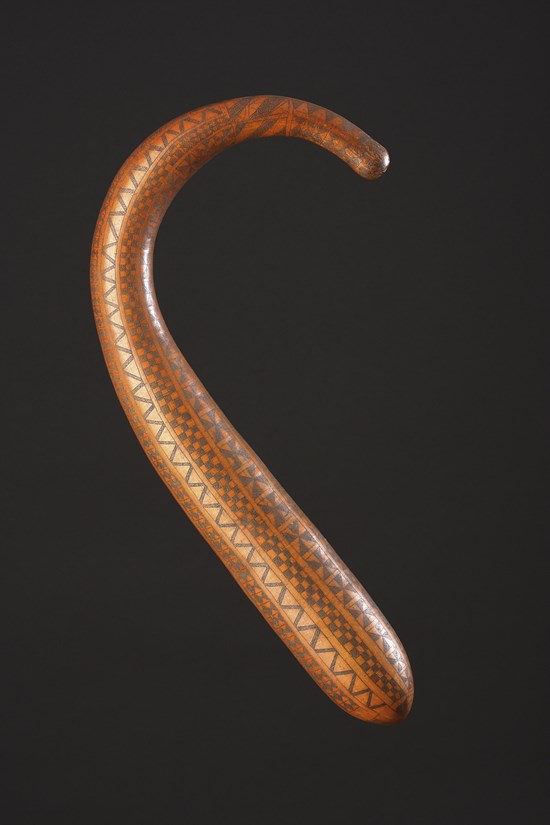 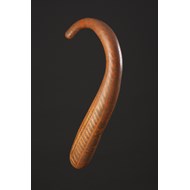 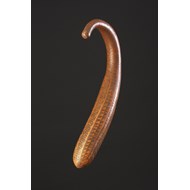