Caption Literature
A Cook Islands Mangaia Carved Ceremonial Adze with sinnet braid to the top
The stone blade now missing
Early 19th Century
Size: 109cm long – 43 ins long
These Mangaia adze were made to symbolise the deity ‘Tane-Mata-Ariki’ in his role as the God of carpentry. The geometric surface carving of the haft of the adze represented stylised human figures, the word for carving being ‘Akatikitiki’ meaning ‘make like men’.
After the London Missionary Society invasion of the 1820’s and the subsequent conversion of the Cook Island’s population to Christianity these adzes became widely collected and the local craftsmen of Mangaia began to make them for sale as 'native curios'. The adzes became elaborate and with longer handles as the introduction of metal tools overtook the carpenter’s former use of shark’s teeth and shells. 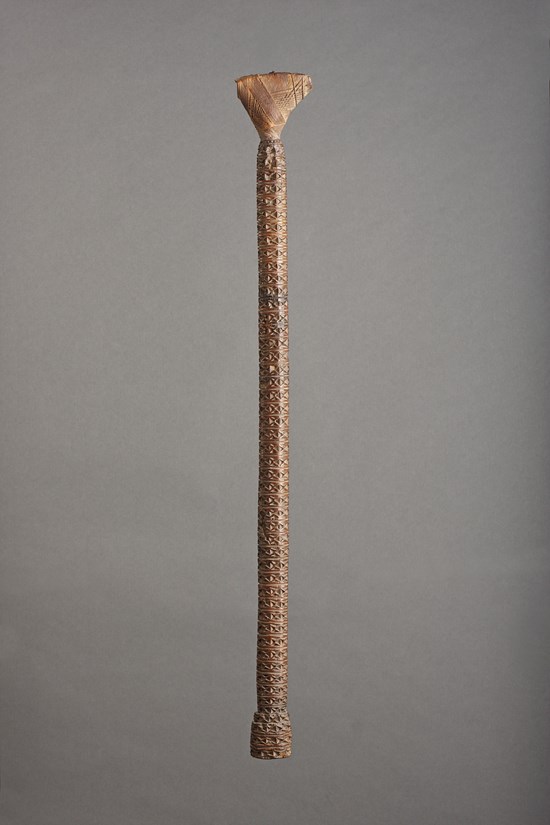