Caption Literature
An English Scrimshaw Sperm Whale Tooth depicting a sailor flying a Union Jack, a
turreted castle to one side and a three masted schooner to the other, the reverse etched with a figure of Britannia shooting an arrow from her bow, a dog at her sandaled feet
Circa 1850
Size: 12cm long – 4¾ ins long
The whalers sailed across the world from the South Seas to the Arctic, from English waters to South America, from New England to China and Japan.
In the mid 19th century Japan was an isolated empire permitting no foreigners on its territory under penalty of death. Mrs Cordelia Childs, wife of the whaling Captain Peter Childs, accompanied her husband into the Pacific and in 1845 put into a Japanese port. The people of Southern Yedo apparently had not heard of the government edict and were friendly and curious when the whaler anchored off shore and Mrs Childs disembarked. She spent several days in the small community and later told of the wonder expressed by the inhabitants, of how they fingered her clothing and how carefully they received the gadgets, fabrics and jewelery the sailors offered in return for much needed fruit, vegetables and fresh water. 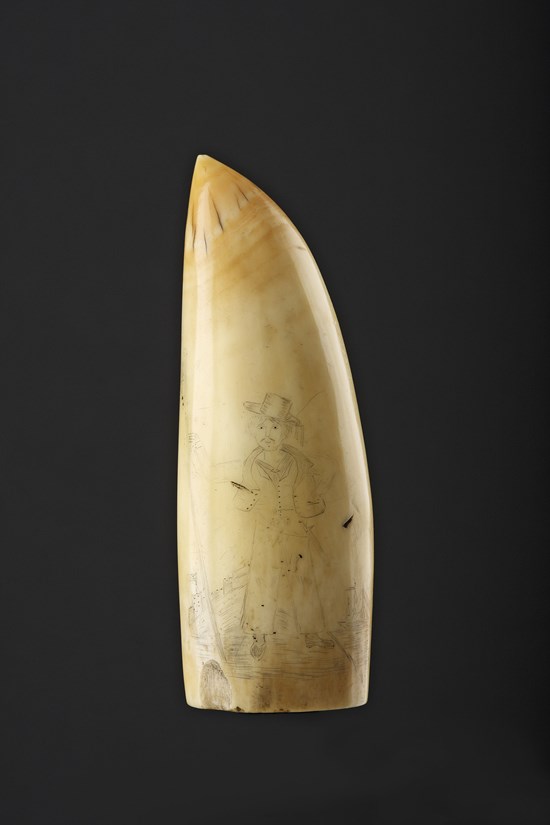 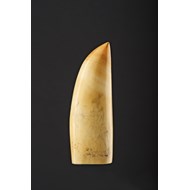