Caption Literature
A Rare Northern French Medieval Gothic Carved Ivory Writing Tablet
With a depiction of the mocking of Christ, the crucifixion, the nativity and the presentation in the temple
Some slight loss to top right hand corner
Third quarter of 14th Century
Size: 13cm high, 7.5cm wide – 5 ins high, 3 ins wide
The majority of surviving Gothic ivories are diptych panels or writing tablets whose carved scenes from the New Testament relate primarily to the Mass. They were most probably specifically made to order for a patron who could choose from a limited range of decorative options, rather speculatively produced for casual customers.
A writing tablet was a utilitarian object meant to be used and reused for writing whilst the decorated side could be used for devotional purposes. The reverse is a recessed rectangle within a raised border and this space would be filled with soft wax which when hardened was written on with a metal stylus. The wax would be scraped over or discarded when the text was no longer needed. 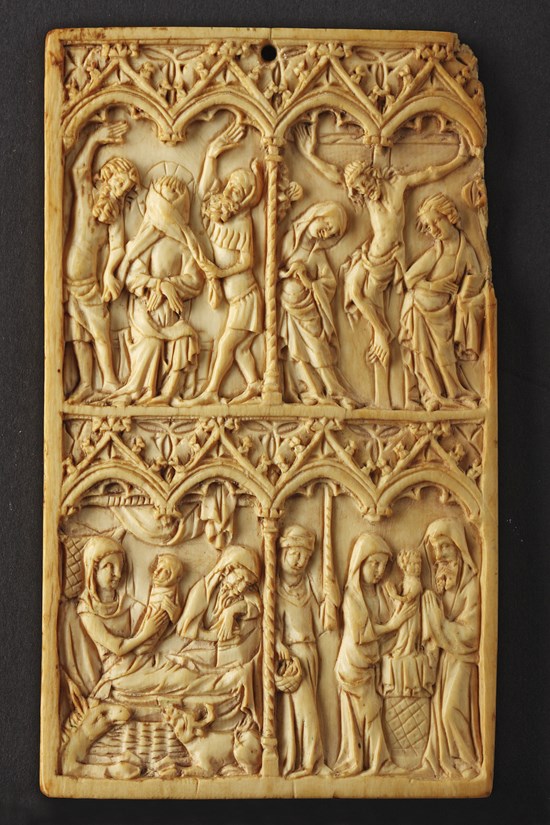 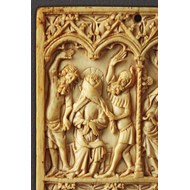 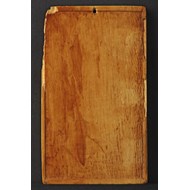 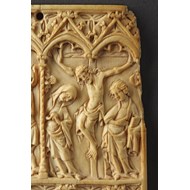 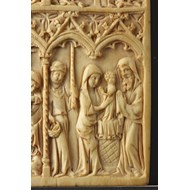 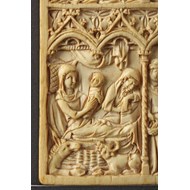