Caption Literature
A Fine West African Republic of Mali Dogon Peoples Dance Mask
The superstructure carved with an abstract female figure
Wood with traces of pigment
Late 19th Century
Size: 86cm high, 18cm wide, 35cm deep – 34 ins high, 7 ins wide, 13¾ ins deep
101cm high – 39¾ ins high (including stand)
This mask with its long beak represents a hornbill and is known as a ‘Dyodyomini’ or bird mask. The Dogon had over 78 different types of mask representing birds, animals, mammals and reptiles and within each group a great variation is shown in the depiction of the same representation.
Although the Dogon live in a bare and austere landscape that is often decimated by drought they have a rich and diverse culture. Masks such as this were worn by men who as members of the ‘Awa Society’ would dance on the roof of a house of a recently deceased relative in order to lead its soul to its resting place, whilst also defending the surviving family from any harm the wandering soul would inflict upon them. Once the ceremony had been performed the deceased was considered an ancestor. The masks were also worn at the end of a mourning period and on the anniversaries of deaths.
The female figure carved on this mask may be associated with ‘Satimbe’ the ancestral female the Dogon believe discovered masking and from whom masking was appropriated for use within the male domain. 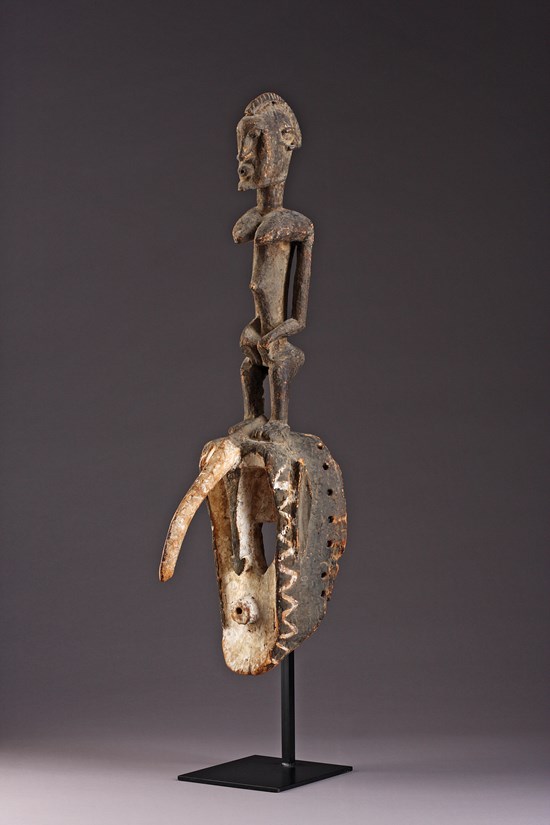 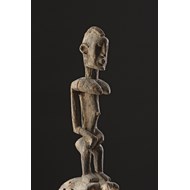 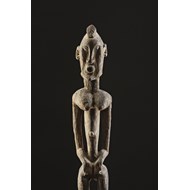 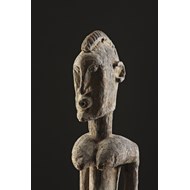 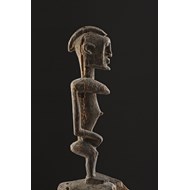 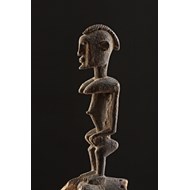 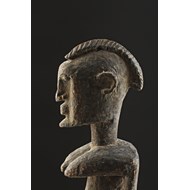 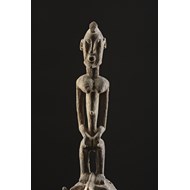 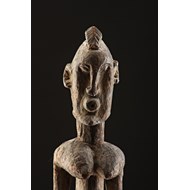