Caption Literature
A Finely Carved African Loango Coast Angola Ivory Tusk
Depicting scenes of daily life including a group of men smoking pipes, dogs, monkeys, fish, birds and an alligator
Circa 1860 – 70
Size: 69cm long – 27¼ ins long
With the Elizabethan ‘Age of Discovery’ first the Portuguese and then other European powers began trading for ivory, gold and slaves along the accessible parts of West, Central and Southern Africa. Within this highly competitive commercial enterprise it was prohibitively expensive to pay porters to carry ivory from the interior, so it became standard practice to use slaves that could also be sold upon reaching the coast. A vigorous trade in ivory and slaves continued around the Indian Ocean long after slavery had been outlawed by the British, reaching a peak in the second half of the 19th century.
Significantly by then the price of the average tusk was two or three times that of the average slave. 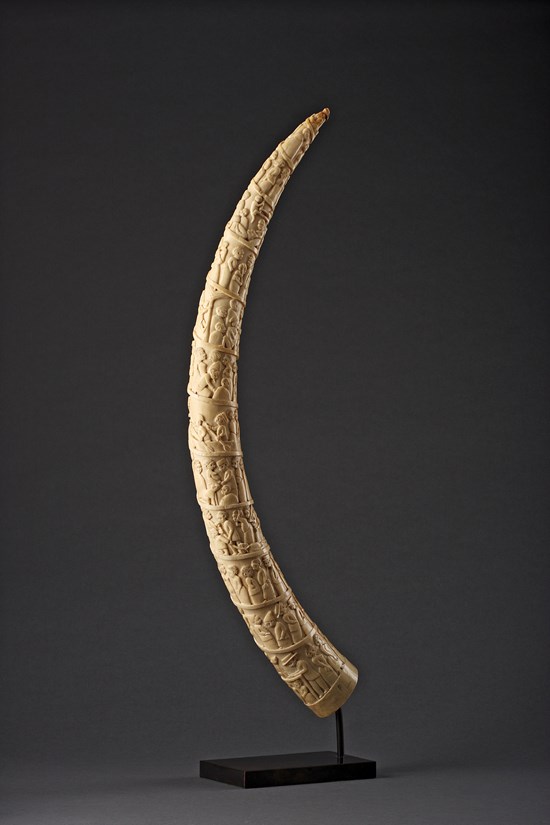 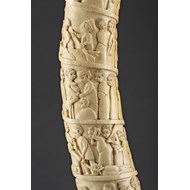 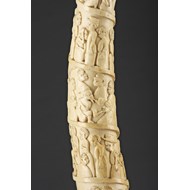 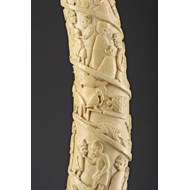