Caption Literature
A Marble Portrait Bust of the English Philosopher John Locke by W Milligan
After an original by J M Rysbrack executed in 1733 – 4, for Queen Caroline's Grotto, Richmond, and now in Kensington Palace
Signed to the reverse ‘W Milligan’
Circa 1840 – 50
Size: 48cm high – 19 ins high
John Locke (1632 – 1704) was an English philosopher known as ‘The Supreme Liberal’ and is regarded as the chief founding father of empiricism. One of his main contributions included a clear formulation of the social and political principles that emerged from the turbulence of 17th century Britain. His most famous work is his ‘Essay concerning Human understanding’ written in 1689.
Locke believed that when we are born the mind is like a blank sheet of paper, and all future development depends on how an individual is educated. These ideas were radical at the time, but led to a belief that everyone could be liberated by education. Locke did more than any other single thinker to provide the theoretical foundations of liberal democracy. Indeed, it is doubtful whether any philosopher between Aristotle and Karl Marx has had a greater influence on practical affairs. 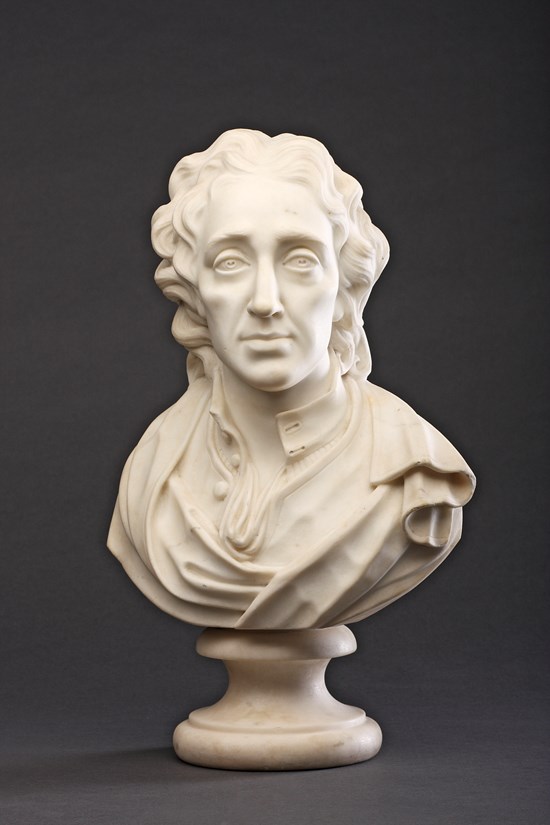