Caption Literature
A Fine and Interesting English Turned Ivory Spice Tower
The cover unscrewing to reveal a compartment contained within the pineapple shaped stem. Ivory and ebony
Circa 1820 – 40
Size: 23cm high, 10cm dia. (max) – 9 ins high, 4 ins dia. (max)
Turnery of various materials such as wood, horn and ivory was highly popular as an ‘artwork’ in the collections of the courts of Renaissance Europe, and many examples survive in the museums formed from these Princely collections. These objects were conceived purely as showpieces without regard to any practical purpose, but simply to demonstrate the artistry and craftsmanship that was possible. The goal was technical perfection; the elaborate ornamentation frequently appeared to exceed the static and material possibilities.
The invention of ivory turnery is attributed to the Milan turner Giovanni Ambrogio Maggiore who worked at the Royal Courts of Prague, Munich and Innsbruck and who is believed to have made the virtuoso ivory sphere at Schloss Ambras which holds another eight spheres inside. These artefacts represented the supreme achievements of technical skill and could provoke gasps of incredulous amazement.
Many 17th century Monarchs began to have their own well equipped turnery in order to produce these wonders of ingenuity. Rudolf II within Prague Castle practised the art himself and the tradition of aristocratic turnery continued for 300 years into the 19th century. 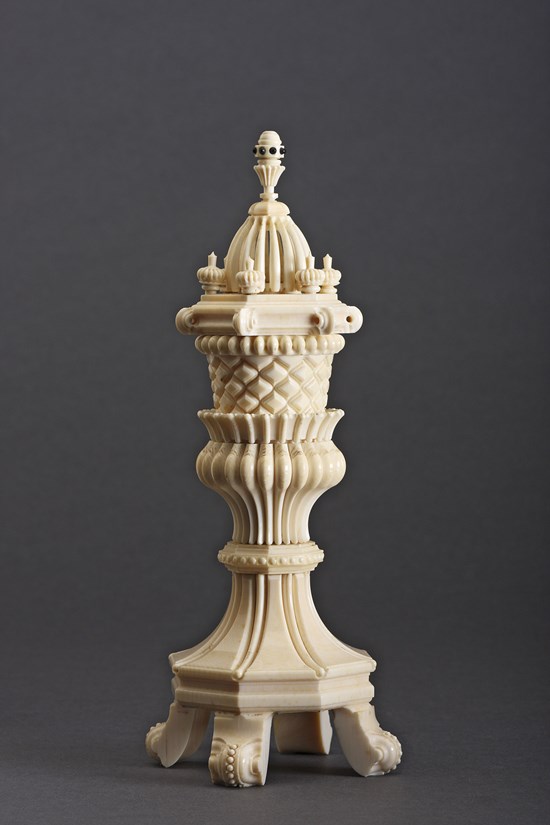 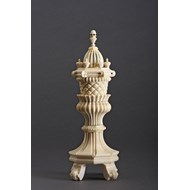 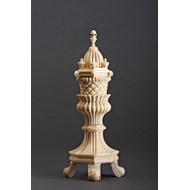