Caption Literature
Four Sailors Scrimshaw Knitting Needles
Skeletal whalebone, sperm whale ivory baleen and wood
Mid 19th Century
Size: 32.5cm long – 12¾ ins long (max)
Until the late Middle Ages knitting was considered to be a masculine occupation and was carried out from necessity, not for pleasure. Even in the early 19th century with factories producing machine knit clothing many families still relied on homemade clothes.
These scrimshaw needles which are sometimes known as pins, were carved by the whalers from whale bone with sperm whale ivory ends inlaid with both baleen and wood. The tops were shaped to be slightly larger to prevent the knitting from slipping off the needle. 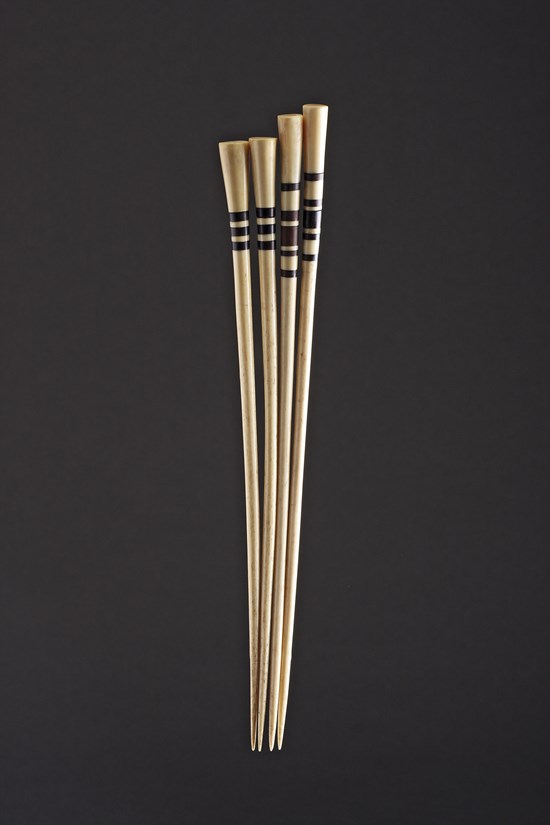