Caption Literature
A Rare and Interesting Ancient Prehistoric ‘Classic’ Neanderthal Human Skull
A break to one side of the head. The large and thick walled skull later sawn in half
Old yellow polished patina
80 – 35,000 years old
Size: 15cm high, 13cm wide, 21cm deep – 6 ins high, 5 ins wide, 8¼ ins deep
Classic Neanderthal man is one of the oldest prehistoric forms of homo sapiens. Findings indicate that he appeared 80,000 years ago and remained for a long period of time as traces of him can still be found dating to as little as 35,000 years ago. He existed in a rough and cold climate and skeletal finds are often accompanied by the tools of the mousterian culture.
Discoveries made at La Chapelle-aux-Saints, Le Moustier, La Ferrasie, La Quina and Aray-sur-Cure in France gave scientists the opportunity to determine what classic Neanderthal man looked like. He was strong, well built, but fairly small, around 1.55 to 1.65 metres. Facially the prominent brow ridge on a low forehead is the most noticeable characteristic. This brow ridge is slightly indented above the nose and, as in this specimen, seems to connect the two brow ridges on either side of the root of the nose. Modern man has two independent ridges above the brows that are much less protruding and divided above the root of the nose. This ‘classic’ Neanderthal man also had a remarkably large skull capacity, much more than that of modern man, with the skull having very thick walls. Whether the break in the skull was accidental or made deliberately by others cannot be known, but evidence of death by accident amongst findings is quite common.
Neanderthal man was not so primitive as once thought. It has been shown that they were efficient hunters; they understood how to use the skins of animals and how to build sound dwellings. Burials found at sites in France give them an average life span of around thirty years; individuals aged above fifty were rare. These burials suggest that Neanderthal man had some conception of a life after death, and that cultural religious rituals took place within a developed community. 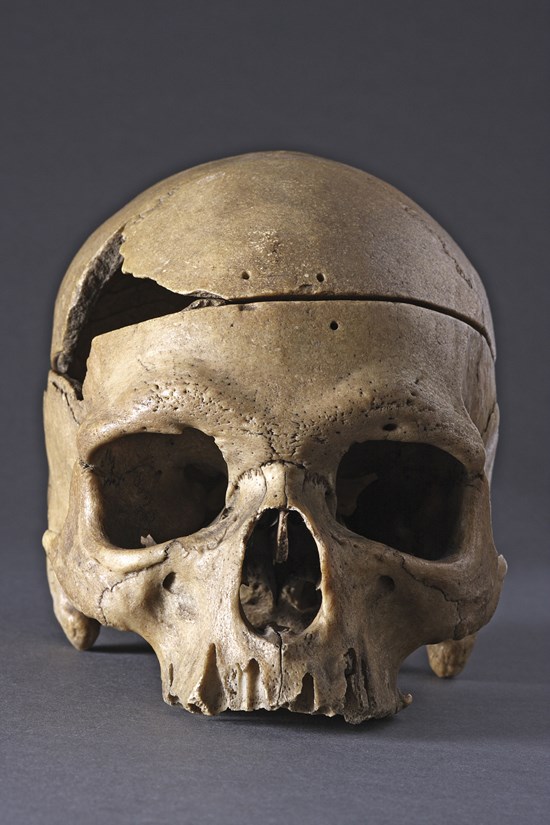 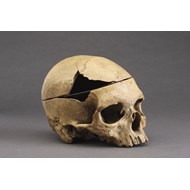 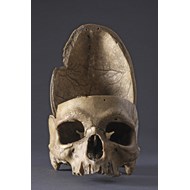