Caption Literature
A Very Rare Tongan Long Ceremonial Staff
Decorated with blocks of zigzag motifs incorporating nine carvings of birds, men, turtles and a dog
Old smooth and rich patina
18th – early 19th Century
Size: 144cm long – 56¾ ins long
Please contact us for detailed images of each stylized glyph
A Tongan carver carefully decorated the surface of this ceremonial staff by means of a sharks tooth engraving tool with ideographs hidden amongst the chevrons and short bands of zigzag motifs. These carved images are essentially icons of the natural world, and were viewed as totems through which the artist communicated and identified with the ancestral spirits and gods upon whom all of his family and community depended for their continued wellbeing.
The images were used as supplication to the gods, to seek their blessing in war and their intervention in times of need. 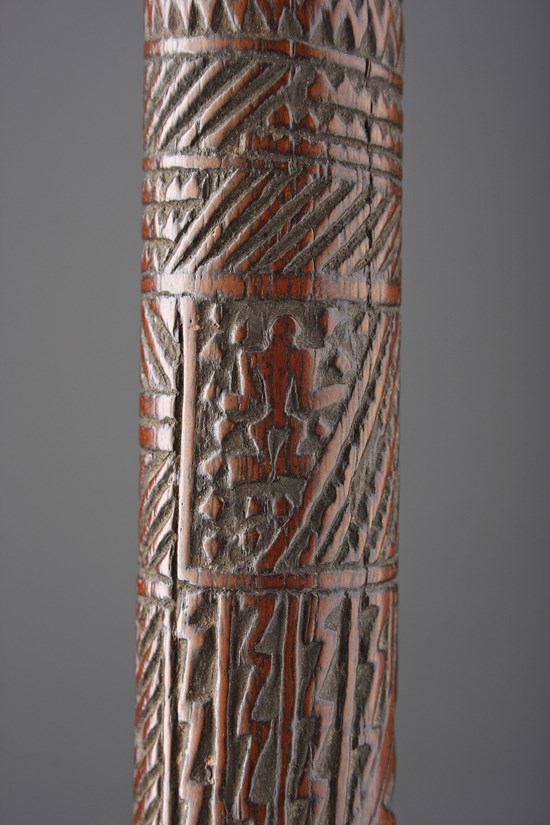 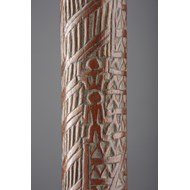 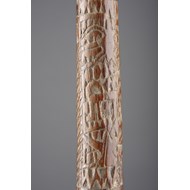 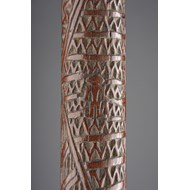 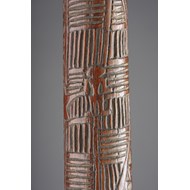 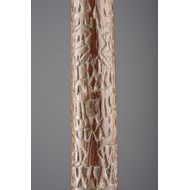 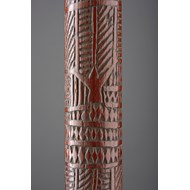 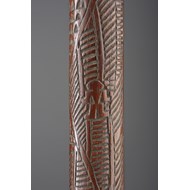 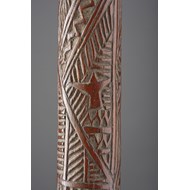 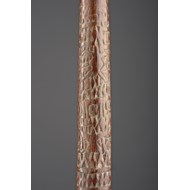 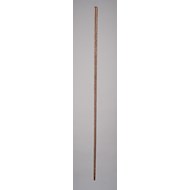 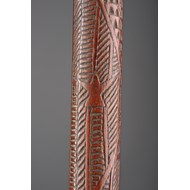 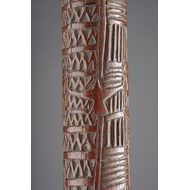