Caption Literature
A Superb and Interesting American Yosemite Specimen Wood Casket
Made by Julius Starke (1837 – 1918)
A hand written list detailing the twelve specimen woods the casket has been made from was found inside, signed Julius Starke, Santa Barbara
Circa 1880 – 1890
Size: 18cm high, 35cm wide, 7cm deep – 7 ins high, 13¾ ins wide, 11 ins deep
Starke was born in Dresden in 1837 and travelled to America in the 1870’s, eventually journeying to California on horseback. He studied the flora of the Yosemite region whose grandeur had captivated him, discovering one of the woods used to make this casket: ‘Garrya Fremontii’ which was named by Starke after John C Fremont, Commander of the California Battalion during the Mexican – American war.
Starke became interested in a shop then owned by another German, Adolph Sinning. This Yosemite wood cabinet shop was described in a book by James M Hutchings of 1888 ‘In the Heart of the Sierra’s’ chapter XXIII; ‘when you are within this room, your eye falls upon any one of the creations of his genius, you can see at a glance Mr Sinning has the rare gift of uniting the taste of the artist with the skill of the workman’.
Julius Starke took over this shop when Sinning died in 1889 and was by then equally well known for working with woods of the Sierra Nevada. Starke also had a similar shop selling curiosities as well as his furniture in Santa Barbara where he had first settled in the early 1880’s.
In 1905 he published ‘California Woods’ in which he cited a total of 41 woods that he used in his work. When he died in 1918 he was eulogised as ‘one of the best known characters in Santa Barbara’ whose wood working skills ‘gained a nationwide reputation’. The Santa Barbara Historical Society has one of his Californian wood tables in its collection. 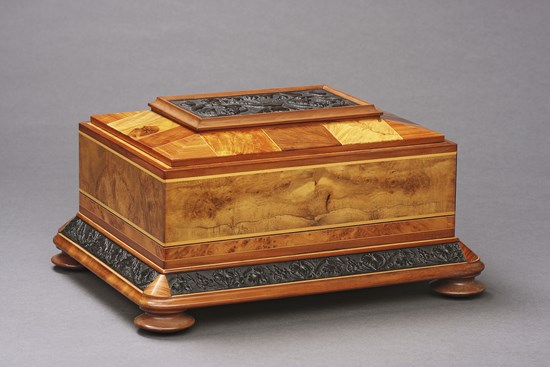 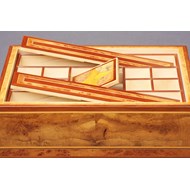 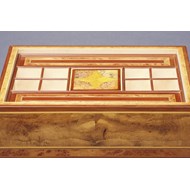 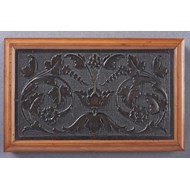 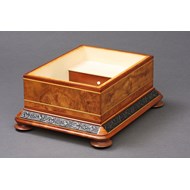 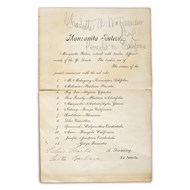 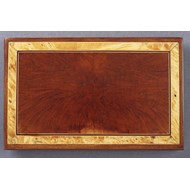 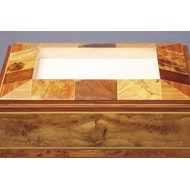