Caption Literature
A Superb and Unusually Large Japanese Carved Ivory Okimono of a Human Skull
Entwined with snakes and rats
Perhaps made by a particular workshop as an example of excellence and achievement
Meiji period (1868-1912) circa 1900
Size: 13cm high, 14cm deep, 12.5cm wide – 5 ins high, 5½ ins deep, 4¾ ins wide
Shinto ‘The Way of the Gods’ was the state religion under the Meiji government and centers on the worship of ‘Kami’, divinities believed to inhabit every distinct phenomenon in nature including humans. The Japanese are particularly fascinated by the supernatural. Ghost stories featuring skeletons and skulls as specters abound, with the skull being a popular symbol of the transience of life in Japan just as it was in Europe. 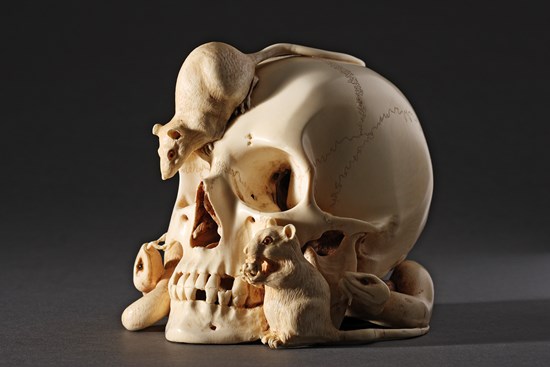 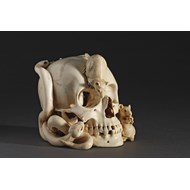 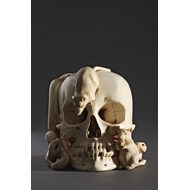 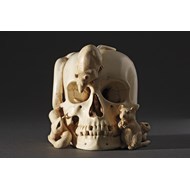 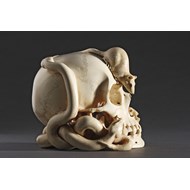 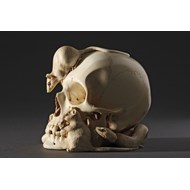