Caption Literature
An Unusual and Curious Carved and Etched Australian Cow Horn
Decorated with an emu, a kangaroo, the figure of an Admiralty islander and two stylised armourials surmounted with kangaroo heads
Early 19th Century
Size: 38cm long – 15 ins long
Captain Arthur Philip established a colony of Europeans at Sydney Cove in 1788 and a trading seaport soon followed and it is possible that a sailor from Sydney who had also visited the Admiralty Islands on a voyage made this horn.
Kangaroos were once plentiful in the Sydney area and aborigines were observed using a variety of methods for hunting them, but although the young colony needed a supply of fresh meat, kangaroo flesh was not popular with Europeans. The Emu is one of two flightless birds in Australia and was once hunted widely. Their inquisitive nature was often their downfall as the hunters would mimic their call attracting them close enough to club or spear.
Wiped out in the wave of settlement that followed 1788 the aboriginal people in the area surrounding Sydney were gone so quickly that their culture had sunk without trace almost before anyone noticed. 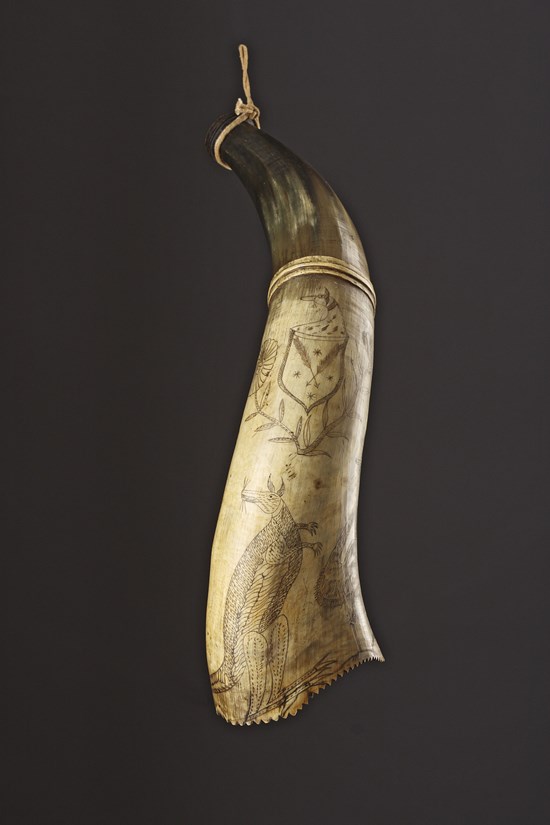 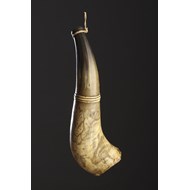 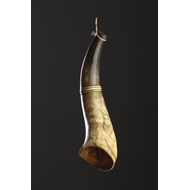 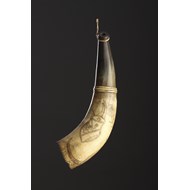 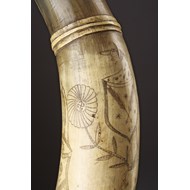 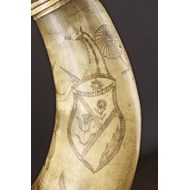 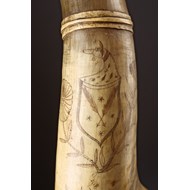 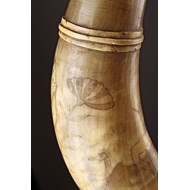