Caption Literature
A New Zealand Maori Greenstone ‘Mere Pounamu’
Old worn and smooth patina with a stone drilled hole for a dog skin wrist thong
18th - early 19th Century
Size: 30.5cm long, 9cm wide – 12 ins long, 3½ ins wide
This short hand club has a thin, sharp, translucent, knife like edge and is of a greater age than the wider, fatter and blunter ‘mere pounamu’.
Maori warfare was a ‘tapu’ activity restricted by certain rules of conduct and observances such as rituals to protect the warriors carried out prior to their departure or the killing of the first individual to cross the path of the war party. Close personal combat provided the best opportunities for an individual warrior to display his strength and skill, which were also expressions of his ‘Mana’. Short and long clubs were therefore the favoured weapons rather than throwing spears or other projectiles. The short club was held in the war belt, which was their only dress for fighting.
The short club was designed for a forward thrust instead of a downward blow that is characteristic of other forms of clubs, and was used for quick infighting in which a fraction of a second was too important to waste in raising the weapon to strike a blow. A half arm jab would bring the front edge of the club into contact with the temple, neck or ribs.
Of all the short weapons made of stone, wood or bone the ‘mere pounamu’, the jade thrusting and cleaving club was held in the highest regard. It was the only Maori weapon made of jade and was unique to New Zealand. 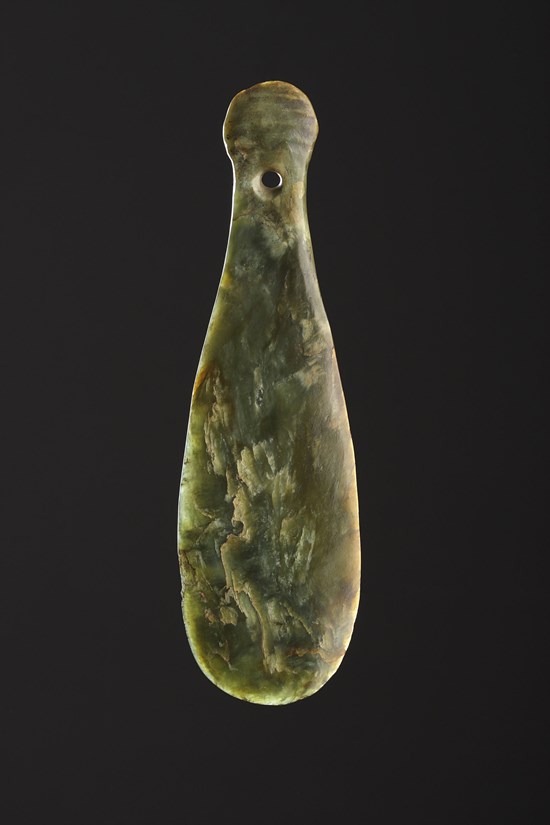