Caption Literature
A Fine Fijian Fly Whisk Handle ‘I Roi’ the sinnet nut fibre brush missing
Beautiful smooth silky red-brown patina
18th – Early 19th Century
Size: 43cm long – 17 ins long
Throughout Polynesia flywhisks were a symbol of Chiefly rank and were found in the possession of Chiefs or men of privilege. However, whatever their ultimate significance was flywhisks originated out of necessity as many of the small islands of the Pacific support enormous populations of flies. The flywhisk can be seen being used by early settlers on Fiji in 19th century photographs and to have been so quickly adopted by them the numbers of flies must have been a severe problem.
Sometimes flywhisks were recycled from other objects such as the handle or shaft of an old fighting club or a spear point which brought with them ‘mana’ from their previous use. The colour and patina on this whisk handle is exceptional, which suggests it is of a great age. 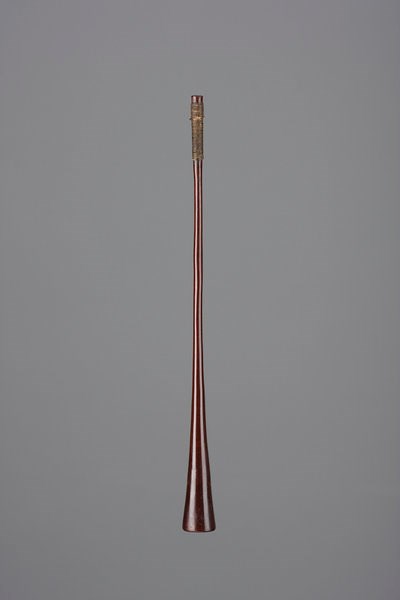