Caption Literature
An English Malacca Walking Stick, the top carved with an unusual ivory head of a Court
Jester
Circa 1870
Size: 88cm long – 34¾ ins long
Depicted in the Bayeux tapestry of the 11th century is King Harold’s court jester. He is shown as a dwarf with beard and fools cap pulling on the reigns of the King’s horse. A manuscript of 1338-44 in the Bodleian Library ‘Romans d’Alexandre’ depicts members of a fool society in ‘dancing revelry’ dressed in the same attire as is this carved ivory jester.
Will Somer is perhaps one of the most famous English fools in history. Acting as Henry VIII’s personal court jester he is said to have exercised a beneficent influence on his Royal patron. 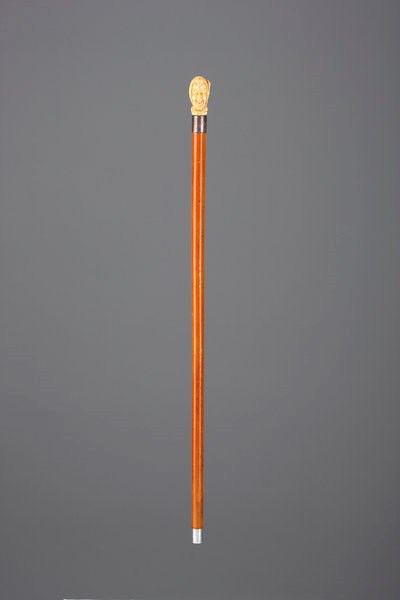 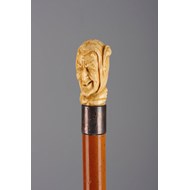