Caption Literature
A Collection of Interesting South African Zulu Artefacts acquired in the field by a
Methodist missionary
Circa 1830 - 1846
Size: (please contact for details)
The collection comprising; a bracelet of ostrich eggshell beads on a hide thong, probably San, Kalahari Desert.
A red and white glass seed bead and fibre waistband with an old paper label reading: ‘Beads from Africa, brought back by my great aunt Palmer (who was a missionary to the Kaffirs) in the 1840’s’
A carved wooden earplug made from the hard wood of the red ivory tree. This piece dates from the time when ritually pierced ears served as a distinguishing mark of the Zulu nation, and before the time when the ritual began to be practiced only on Zulu girls for purely aesthetic purposes.
A carved wooden maize porridge spoon.
Three copper alloy and brass bracelets and a finger ring.
A long string of small copper beads contained in an old paper bag with an inscription ‘Kaffir copper beads’.
A string of fourteen large bronze, brass and copper alloy beads, two with leather attachments, with an old paper label reading: ‘Kaffir copper beads, buttons and bracelets brought back by my great aunt Palmer in the 1840’s’. There is a necklace of these beads in the collection of the old Durban museum described as being used as an ornament of Royal women. They are also known as ‘izindondo’ and were used as charms by warriors for protection in battle. In sets of eight they were sewn onto young wives pregnancy aprons probably also for amuletic purposes.
A woven palm basket containing a labelled: ‘witch doctors bone for doing magic’.
Four various seashells and two springbok horns.
Sarah Ann Palmer née Dunman, married a Wesleyan Methodist minister Samuel Palmer in Dorset in 1829. In the same year they travelled to South Africa as Wesleyan Missionary Society missionaries. The school of Oriental and African studies conserves their papers and documents including their memo book dated 1828 which contains diary entries on their journey to South Africa in 1829. They had a mission station in Salem, South Africa from 1829 - 1832 and then in Morley. However, Samuel Palmer was suddenly taken ill whilst leading people away from a violent disturbance towards his mission station in Buntingville in 1846 and subsequently died.
Following her husbands’ death Sarah Ann Palmer founded a girl’s school at Butterworth in South Africa to teach elementary subjects and bible scriptures to local girls. Owing to the wars in the region which greatly hindered travel she did not return to England until 1853. A letter sent to her relative’s details her brief visit to the island of St Helena on her way home. 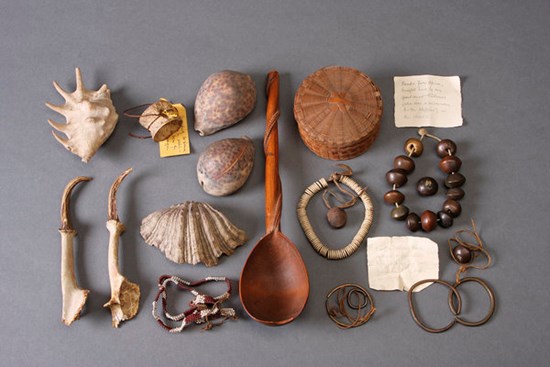