Caption Literature
A Very Rare and Superb Pair of South African Dutch Cape Turned African White
Rhinoceros Horn Candlesticks
Early 19th Century
Size: 26cm high – 10¼ ins high
Pewter, brass and tin were materials most used at the Cape for the making of everyday objects. Rhinoceros horn was a valuable material both to the indigenous people and to those of the colony. Much of the furniture and many of the articles made at the Cape during the 18th and 19th centuries aspired to and were influenced by European styles and forms rather than Batavian or Asian designs, but the diverse worlds of Europe, Africa and the Indian Ocean all combined to affect the Cape and during the course of the 18th century a style developed that was distinctive to the colony. The pieces that survive today would have been regarded as heirlooms and carefully conserved by their owners. They are of a value and quality and would have been used and displayed in high status Cape households and official venues. 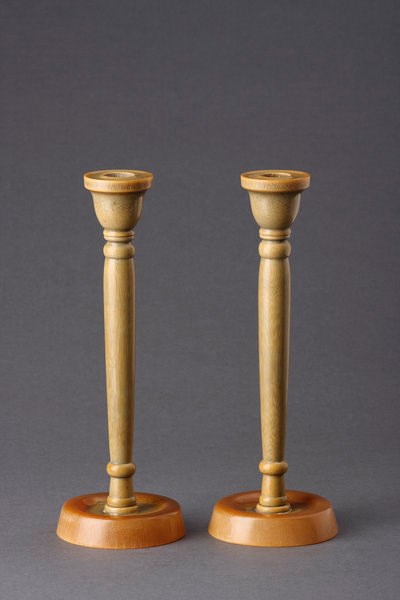