An English Medieval Limestone Sculpture of Christ on the Cross

Caption Literature
An English Medieval Limestone Sculpture of Christ on the Cross Attended by Mary
Magdalene and with St Catherine Holding Her Attributes of the Wheel and Sword
Weathering and surface abrasion
Circa 1300 – 1350
Size: 35cm high, 23cm wide (max.) – 13¾ ins high, 9 ins wide (max.)
38.5cm high – 15¼ ins high (including stand)
Probably a fragment from a pillar support, this sculpture despite its weathering is clearly of a reasonably high quality. The first half of the 14th century saw a great expansion in the quantity of narrative sculpture that was produced, and small-scale figure work was widely used to both ornament and to focus the meaning of architecture.
In England the cult of St Catherine was widespread especially in the West. Sixty-two churches were dedicated to her and 170 medieval bells still bear her name. Fifty-six mural paintings of her life are known to have existed of which thirty-six still survive, the most complete cycle is in Little Missenden church in Buckinghamshire, circa 1270.
The details of saint Catherine’s mythical legend make her of noble birth persecuted for her Christianity, who despised marriage and the Emperor because she was a ‘Bride of Christ’, and who disputed successfully with fifty philosophers who were called in to convince her of the errors of Christianity. Her protests were against the persecution of Christians by the Roman Emperor Maxentius who had her broken on a wheel, later called a ‘Catherine Wheel’, but the machine broke down injuring bystanders. Catherine was then beheaded with a sword and milk, instead of blood, miraculously flowed from her severed head.

An English Medieval Limestone Sculpture of Christ on the Cross 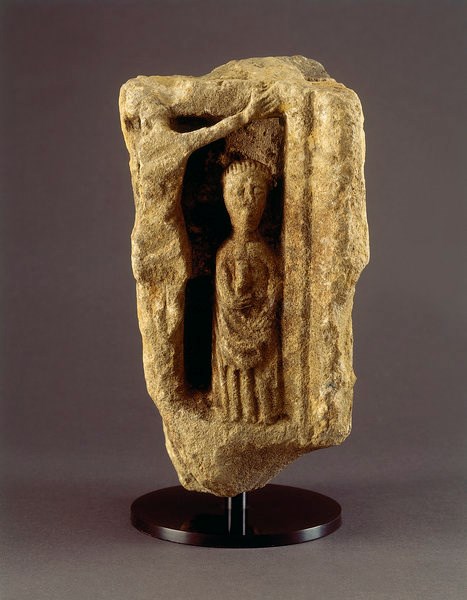 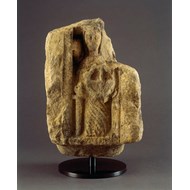