Caption Literature
An Interesting Carved Boxwood Bust of the Famous Eton Headmaster Dr Keate
Inscribed ‘Dr Keate, Eton’
Mid 19th Century
Size: 19.5cm high, 7.5cm wide, 5.5 cm deep – 7¾ ins high, 3 ins wide, 2¼ ins deep
Dr Keate was the most remarkable and longest serving headmaster in Eton’s history. From 1809 to 1834 he was known as the greatest flogging headmaster and became a symbol of unreformed Eton.
Kinglake accurately described him: ‘He was little more (if more at all) than 5 feet in height and was not very great in girth, but within this space was concentrated the pluck of ten battalions. You could not put him out of humour, that is out of the ill humour which he thought to be fitting for a Head Master. His red, shaggy eyebrows were so prominent that he habitually used them as arms and hands for the purpose of pointing out any object towards which he wished to direct attention. He wore a fancy dress, partly resembling the costume of Napoleon, partly that of a widow woman.’
Despite this caricature Dr Keate was a notable scholar and gifted teacher. He believed that the lax discipline resulting from the disorder of the Regency period necessitated severe measures. He was a fine orator and when he took over Eton he began to teach the boys how to deliver speeches clearly enunciating words and using voice and gesture to maximum effect. Two of his pupils became Prime Ministers; Derby and Gladstone. It is probably due to his influence and training in the art of public speaking that the standards of Parliamentary debate were significantly raised.
In private Keate was a genial man who often entertained scholars to supper as the food in Hall was monotonous, unappealing and insufficient. The dormitories in which the scholars were locked from 8pm with a complete lack of supervision were a scandal but due to Dr Keate’s influence the conditions in which they lived were immeasurably improved. New buildings were erected providing comfortable single rooms for the scholars, class sizes were reduced and the curriculum widened from its narrow concentration on the classics.
Dr Keate founded the Eton college Debating Society in 1811. It met in Mrs Hattons confectionary shop and became known as the Pop Society, derived from the Latin ‘Popina’ meaning ‘cook shop’. It later became a society for athletes rather than intellectuals eventually becoming responsible for discipline in the school; a function ‘pop’ has retained to this day. 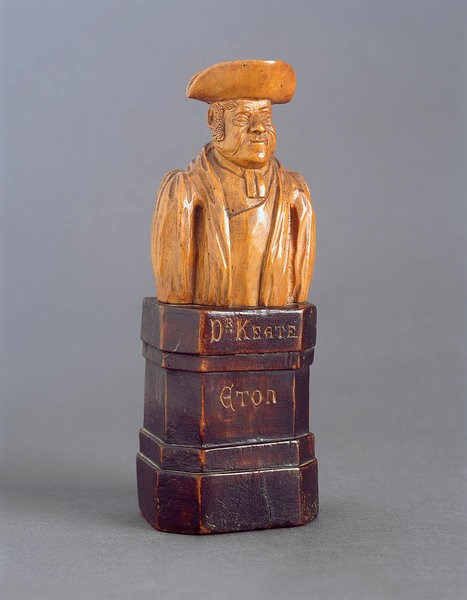