Caption Literature
A Fine West African Ivory Coast/Ghana Akan/Ashante Female Figure
With plaited lobed coiffure, adorned with strings of very fine small glass and shell beads around her ankles, abdomen, wrists and neck
Fine old crusty black patina, some termite damage to the feet, one nipple missing
Late 19th Century – Early 20th Century
Size: 48cm high – 19 ins high
The Akan are a widespread group of linguistically and culturally related peoples in the central Guinea coast. They share a number of sculptural styles, primarily those related to leadership. A number of early Akan states preceded the formation of the major state of Ashante in about 1700. Against a background of turmoil, war and emigration a coherent political system was established under the leadership of the first Ashantehene ‘Osei Tutu’. The Ashante nation quickly became a major force in West Africa and had an impact on Europe through its control of enormously rich gold fields. Despite accounts in early texts and surveys of African art the Ashante and Akan had a rich tradition of figurative sculpture in wood and terracotta. However, because the sculpture was associated with leadership and kept in shrines it was rarely seen by Europeans.
The distinctive hairdo of this figure made of two horn like plaits is probably a mark of high status or religious sanctity as priestesses among the Ashante wear their hair in a similar mode. The high forehead and sculptural emphasis given to the head symbolizes ideal beauty. Displaying a confident standing pose the body conveys a sense of being. 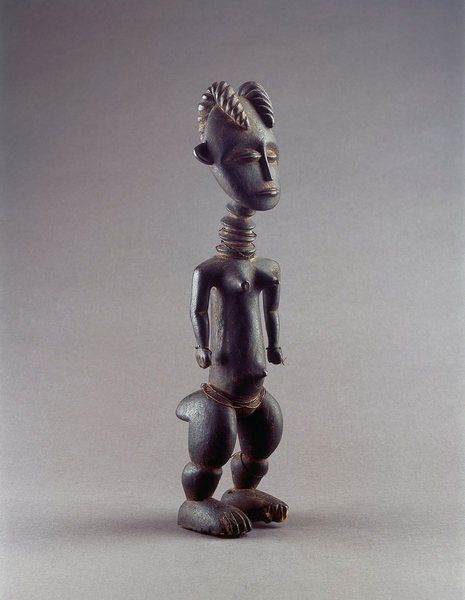 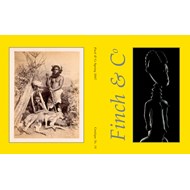