Caption Literature
A Large Mottled Shell of a Green Sea Turtle ‘Chelonia Mydas’
19th Century
Size: 95cm high, 74cm wide – 37½ ins high, 29 ins wide
CITIES documentation available
Considered to be the archetypal marine turtle ‘chelonia mydas’ is the largest of the hard shelled species. It is found in all the tropical oceans and is still of great economic importance to indigenous coastal peoples. It has been called ‘the most valuable reptile in the world’ by Archie Carr an expert on the species.
When Europeans first penetrated to the tropical seas in the Renaissance age of discovery in many cases it was the green turtle that kept them alive. These big succulent reptiles abounded in many areas and could be captured without any equipment or skill, simply turning them on their backs when they emerged from the sea to lay their eggs. Man’s exploitation of the turtles became intensive for generations, but this beautiful streamlined creature is now mostly protected and populations in the wild are being increased by the release of hatchlings bred in captivity. 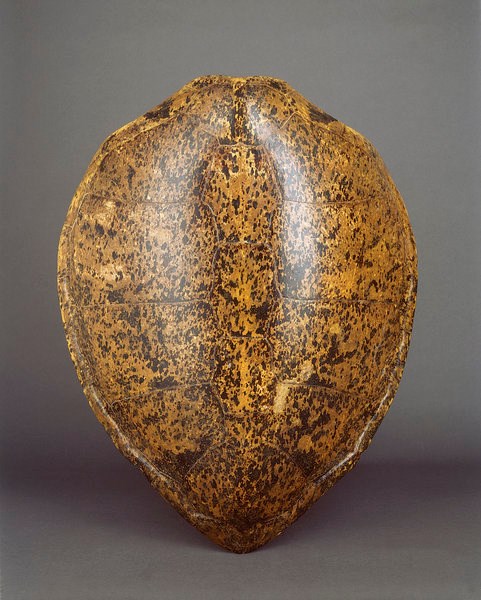