Caption Literature
A Rare and Curious South American, Eastern Ecuador, Upper Amazonian Jí®varo Peoples
Shrunken Brown Capuchin Monkey Head ‘Tsantsas’
19th Century
Size: 4cm high, 6cm deep, 6cm wide – 1½ ins high, 2¼ ins deep, 2¼ ins wide
The heads of monkeys or sloth’s are shrunken by the Jí®varo as token trophies when the human victims head is not secured or the slain is related to the slayer. Traditionally men of the Jí®varo tribe were encouraged to take enemy heads to prove their courage and manhood and to avenge the death of a relative, but when feuding occurred between villages with fairly close kinship ties heads were not taken and the heads of monkeys or sloth’s would be substituted for the spared human heads.
Both human and animal heads were made by removing the skin and discarding the skull and brain. The skin was heated for up to 2 hours and then dried with hot pebbles and sand. It was not boiled as this resulted in hair loss. Pebbles helped preserve the facial features and shape the skin as it dried. The eyes and mouth were closed with cotton string and with a human trophy head the face blackened with vegetable dye.
The head was then strung on a cord and worn at a ritual feast by the man who had taken it. During this ritual the victims spirit would be pacified and become part of the killers group. The Jí®varo believed that human bodies existed in limited numbers and therefore must be re-used by future generations. So by capturing an enemy’s head and adopting that person into the tribal group an extra symbolic body would be provided for one’s own descendants to inhabit.
During feasts held in honour of the spirit the head would be addressed in kinship terms. After the feasts the head would be kept and sometimes the men would eventually be buried with heads they had taken. The making of the shrunken heads and rituals held for them were more important to the Jí®varo than the keeping of the head. 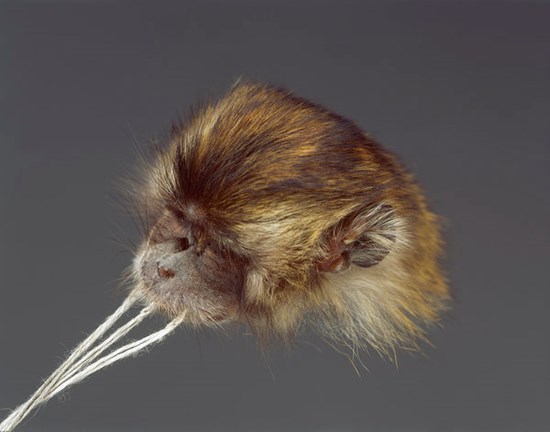 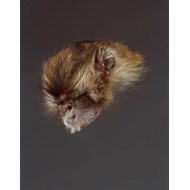