Caption Literature Exhibition
A Curious Carved Whalebone and Baleen Inlaid Octagonal Rolling Log Dice
Probably made and used by sailors on board ship
Old smooth patina
Early 19th Century
Size: 6cm long, 1.5cm dia. – 2 ins long, ½ ins dia.
This is an uncommon form of a polyhedral dice. Each of the rectangular faces that it may land on when thrown are congruent and are therefore equally fair. The dice would be thrown to provide random numbers and the unpredictability of the result would enable wagers to be made on the total value of the up facing baleen inlaid pips.
Life on board ship for the 18th and 19th century sailor was usually perilous, strenuous, boring and difficult. Frequently it was extremely tense and nerve wracking and so demanded some form of relief. The most common form of relief in the Royal Navy came from the rum ration aboard. However, very occasionally the Captain would order the men to cavort with the command ‘all hands to mischief’, turning over complete control of the main and fore decks to his men for the purpose of relaxing them from unending strict discipline.
Gambling with cards and dice was a common pastime of able seamen often quietly undertaken below decks, as traditionally the Royal Navy gave nine lashes for the crime of gambling aboard.
Unusual Dice always wanted - please contact with details 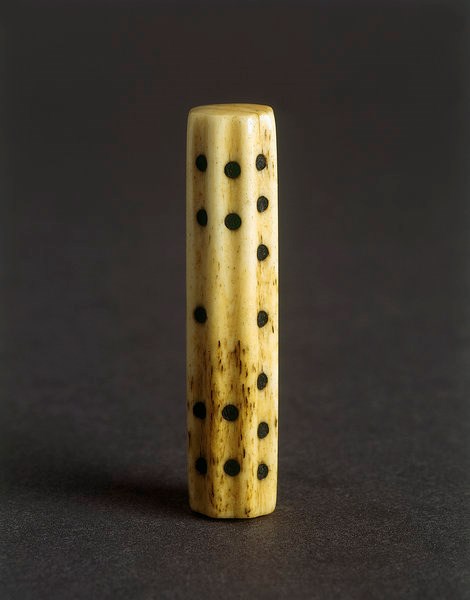