Caption Literature
A Fine Fossil Fish ‘Dapedium Politum’ preserved in fine grained sediment
Early Jurassic period, approx 150 – 180 million years old
Size: 20cm high, 25.5cm wide – 8 ins high, 10 ins wide
Lyme Regis is attractively situated on the south coast of England and is one of the worlds most famous locations for collecting fossils, making it the favourite haunt of many palaeontologists both real and imaginary. From Mary Anning the great Victorian female discoverer of dinosaurs to the fictitious celebrated student of fossils and hero of John Fowles novel ‘French Lieutenant’s Woman’.
Mary Anning was the daughter of a carpenter who supplemented his living, as many citizens of Lyme Regis still do, by selling shells and fossils to tourists. Soon after her father’s death in 1812 Mary found one of the first English Ichthyosaurs. She went on to make other astounding discoveries including a Plesiosaur in 1824 and the flying reptile Pterosaur in 1828. She remained in the region of Lyme Regis all her life selling fossils from her shop and legend has it that when the Kind of Saxony visited the town and her famous shop, Mary calmly told the King that she was ‘well known throughout the whole of Europe’. Despite this she is probably today the least recognised of all the important early palaeontologists. 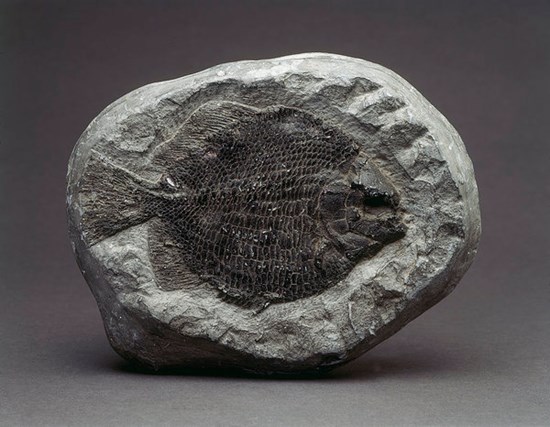