An English Oil on Board Depicting a Mongolian Chinese Merchant Trader

Caption Literature
An English Oil on Board Depicting a Mongolian Chinese Merchant Trader
Attributed to George Chinnery (1774 – 1852)
Second quarter of the 19th century
Size: 17cm high, 13cm wide – 6¾ ins high, 5 ins wide
George Chinnery, Irish by birth, unstable by temperament, was one of the most outstanding 19th century European artists working in the Far East. Every bit as colourful as the cavalcade of people and places he committed to canvas during the 19th century. Chinnery had an eye for detail and colour that gave him the ability to portray scenes that still give a vivid impression of the people of the Orient and their way of life. Initially he specialised in miniature painting but later gained great success with full sized portraits and landscapes.
When debts amounting to a staggering forty thousand pounds obliged his hasty departure to Macao from Calcutta in 1825 he gleefully took the opportunity to make the definitive break with his wife whom he once called ‘the ugliest woman I ever saw’. For 27 years until his death from a stroke in 1852, Chinnery lived in Macao, where he was commissioned by many leading traders to paint their portraits.

An English Oil on Board Depicting a Mongolian Chinese Merchant Trader 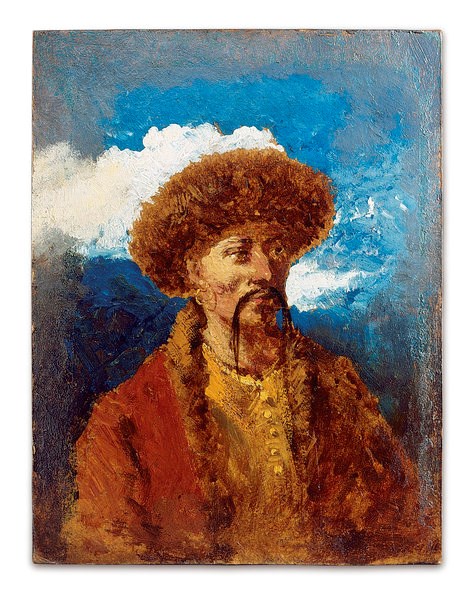