Caption Literature
A Curious Example of West African ‘Fish Hook’ Money
The hand forged iron hooks contained in five leaf bound parcels within a cylindrical woven fibre box
With an old label reading: ‘Money of the Natives between the Niger and the Crow River. Brought by HHG Vaughan 1909’
Circa 1900
Size: 12.5cm long – 5 ins long (basket)
It can be said that historically currency giving a common set of exchange values, and the laws of supply and demand allowing for production to change in response to consumer demands, has never operated in Africa. The bulk of the African population, widely dispersed and living in villages remained tied to traditional farming. The village economy produced only enough food to support itself. Labour was organised in family units and loyalties remained at the village level. Exchanges in the village may have taken place between blacksmith and farmer, hunter and herder, but such exchanges generated no commercial momentum. Goods were made to be used in the small communities that produced them and had no exchange value, and their circulation was often restricted to certain sectors of the community such as the village elders. These egalitarian communities had no incentive to change and their way of life has remained much the same in Africa up to the present day. 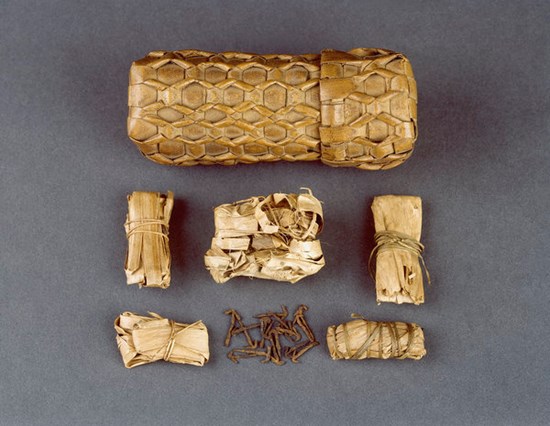 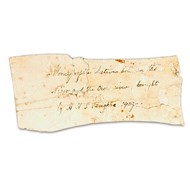